Hi. Not posted anything for a while. Wrote the following in an hour as an experiment in loose associations and thought it would be nice to stick it up here (if you'll pardon the expresson). If it means anything to you, then that's what it means.

Blazoned across a purple and golden sky, the finest arrangement of celestial notifiers announce the limits of human endeavour, from east to west, right ascending and declining, to admit minds less incongruous than they.

The finished effect clings to creation like a limpid to a sea mine, raising the possibility of no reordering this side of black. We hope, but ultimately we yield to what we must accept in a crimson dawn of irrelevance. All myths are self important and inept visions of where we lie, never at the centre, always at the edge; reacting to reactors, returning to dust and new light.

Livermorium in memoriam. Tennessine in tension and terror. Lithium for lethargy. Arsenic for old lace. Carbon cannot cancel the concerns of its own insistence on being the most abundant, the centre of all things, despite its rarity and its irrationalisation. Sands of time as sand in the dessert, unique and yet everywhere, rendering the very fact of sand redundant. Out of empty quarter is abundance when factored against the availability of dust.

We give it form. We offer it life. Primrose patterns against a winter sky. Staring into the void for ever and ever. Amyth. Minotaurs and unicorns like infinity and world weary infants. Potentiality is not existence. Nothing goes on forever. Nothing ever really stops. Life lived is life dreamt, a waking dream, sleepwalking through ages and eons, the passage of past and present in geometric expansion into the ever changing future. Even stones are not set in stone. Speak actively in the negative, or passively in the affirmative. Yes. No. Jein.

Inexactitude is the way. Skirting the shore of our ignorance. Dipping a toe in here or there. Languishing in obscurity between the devil and the big yellow ball in the sky, zoning out all endeavour modern, ancient, and to come.

Misogyny says you are mono. Flags say you think only for yourself.

I promise you disappointments say your social media pronouncements.
I’ll never satisfy another say your blather and your bluster.
My children will resent me say your twisty tweeting obloquy.
Will you please engage, say your anger and your rage.
I do not know, says everything that you show.
Mummy didn’t pay enough attention. Or daddy paid too much.

Indifference. Indifference. Thrice indifference. Dotting an invisible i on an invisible i. Departing soon, but yet to arrive. Farthings to your forebears and for your progeny, pence. Around, around the circle of life, the circle of death. Into a frothing ocean and back to the start. Circular yet sinusoidal. Consanguineously in the differentiated wheelhouse of turning fortune. Be as the base unit. Digitally divide in bits of torrents. Sing the song that is sung of soon. Paint the pic that punts to pain. Live the life that lights its loins. Grasp the goal that ghosts the gust. Enjoy the endeavour that enters extraneously, ex post facto et homo ex machina. Believe the boast that boots bravado to blazes. Winnow the window that wields the winch. Arrest all attempts at advocating amazement. Inevitably I inculcate innocence in ineptitude. I will still remain immortal. And dark. 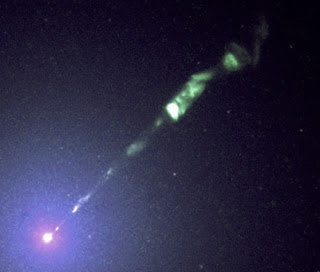