Eponymism and The Eponymist came about because I used to think that if I ever had a band I’d call them Eponymous. Our first record would of course be self-titled, with subsequent releases called things like ‘Ditto’, ‘See Above’, ‘As Previous’. Silly, pretentious Sixth-Former. And while these days I’m a little more sophisticated, I’m still as pretentious as ever and I retain the name on my blog as a warning to others of the obstacles that might lie ahead.

Anyway, I love a good eponymous album. Artists and record companies choose to release them for a variety of reasons, from the establishing of brand to the desire for a clean state to sheer bloody laziness. So here, for entirely arbitrary reasons, are six eponymous albums that bring me joy.

I was on the phone one day outside Fopp in Manchester when I heard this kick ass Flamenco version of Metallica’s ‘Orion’. I went back inside, walked up to a member of staff and all but demanded he tell me who was on the stereo. He gave me a look and said, “This is Rodrigo y Gabriella.” as if I was the last person on Earth to have heard.

While the Metallica and Led Zeppelin covers hook you in, these are merely a gateway to the rest of the album. It’s incredible how much of a racket two people can generate using nothing but a couple of Spanish guitars, an energy they more than manage to match live. A vibrant album, rhythmic and pounding, whenever I need a kick start to the day instead of espresso I plug straight into ‘Rodrigo y Gabriella’. Of all the albums to come out of the Bristol scene in the late 90s, Portishead's second album most closely approximates the sound that triphop seemed to be trying to achieve. Darkly it broods, a great haunted house of an album, full of long shadows and creaking floorboards and discord lurking around every corner. Yet like any good ghost story, its effect is spellbinding and finds its perfect complement in Massive Attack's Mezzanine, that other totem of triphop. Largely neglected, like the middle child that it is: for me their best. 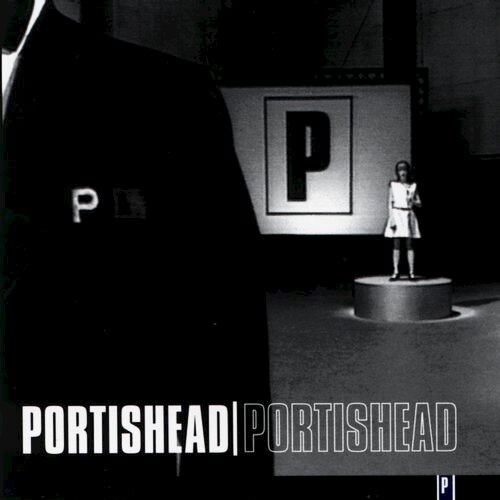 Unlike triphop, Britpop seemed to pass from fashion to fad in the blink of an eye. While Pulp and Blur kept perhaps their best albums until after the cliché had calcified, Elastica's eponymous debut represented the strongest release that Britpop had to offer. More akin to the spirit of punk, 'Elastica' strains at the edges with tight, two minute tracks, its sixteen songs galloping to a conclusion in a little under forty minutes. And as it careers along, the influence of the Clash, the Slits, even early Chumbawamba (Jimi Hendix and Thin Lizzy) ooze out of every chord. A brilliant beginning, but sadly Britpop's best and brightest burned out far sooner than they ought. Still, it's one classic album more than most bands ever achieve.

As an evangelical Bobcat, Dylan's first album is something of a curiosity to me. Recorded in 1961 when he was just 20, 'Bob Dylan is a entirely different beast to its 1963 follow up, 'The Freewheelin' Bob Dylan'. While the latter showcases Dylan's emerging genius with some of his greatest compositions, his debut is an album consisting largely of folk standards he had rarely played before, the arrangements mainly purloined from other musicians he knew from playing in and around Greenwich Village. Only two of the thirteen tracks are written by Dylan. Talkin' New York is ok, but it is Song to Woody, his eulogy to Woody Guthrie, that is the album's stand out track and a warning of the creative explosion that was about to go off in Bob's head. Dylan immediately rejected the album as mistake, but everyone has to start somewhere. Not his best, but certainly not his worst (see 1979-1988), and I still know every damm word.

In the 1970's the eponymous album was very much in vogue. From that one decade alone I could chose half a dozen albums. Yet my roots are with heavy metal and heavy metal's roots lie with Led Zeppelin's tectonic debut. It's perhaps a little hard to imagine nowadays, when metal has become mainstream and fashionable, what effect 'Led Zeppelin' had when it was first released. 'Good Times, Bad Times', 'Dazed and Confused' and 'Communication Breakdown' must have sounded like communiqué's from another planet, like the premier of Beethoven's 'Eroica' or the opening snare shot of 'Like a Rolling Stone'. Forty years on and it sounds like a blues album when compared with the thousand and one bands that Led Zeppelin spawned, along with Black Sabbath and Deep Purple. Yet few of the imitators can even approach 'Led Zeppelin' and it's sequels for sheer unadulterated class. 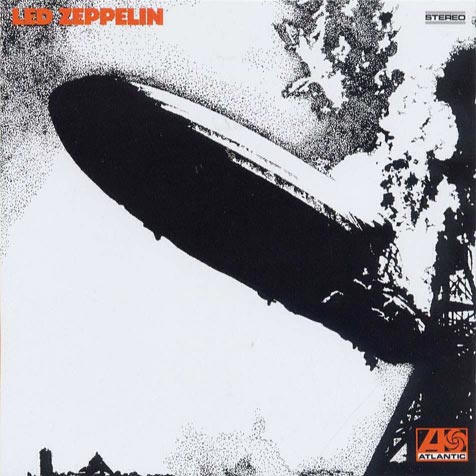 The Good, The Bad and The Queen

The Good, The Bad and The Queen represent that rarest of musical entities, the one album band. Comprised of Damon Albarn, former Clash bassist, Paul Simonon, former Verve guitarist, Simon Tong, and Nigerian drummer, Tony Allen, The Good, The Bad and The Queen's only album was released in 2007. Zeitgeist is a much overused word and yet the album does perfectly capture the mood and atmosphere in Britain at that moment in time. The spectre of Iraq is never far away and the approaching recession hangs like a bank of brooding grey cloud on the horizon. "Friday night in the kingdom of doom", from 'Kingdom of Doom', is such a perfect opening line that I nicked it and used as the opening line to a short story. And while the later Blur albums are brilliant and The Gorillaz ok, for me this is the best thing that Damon Albarn has yet done.