Confessions of a Chronically Depressed Mind


Allow me to inject a depressing note into your weekend. I apologise in advance.

Confessions of a Chronically Depressed Mind

“I want to. I want to be someone else or I’ll explode.”
Radiohead, Talk Show Host

I remember, I was five. We were living in Birmingham for no adequately explored reason, given that my dad was in the Royal Navy. Birmingham is inland.

I remember it was night and I was upset because my mum was upset. In my hazy memory, she was upset because my dad was always away at sea (at this time we were waiting for his new submarine to finish sea trials) and she had no friends in the area. I remember being upset and hating the world on her behalf and wondering if life would always be this way. And in that one moment I remember very clearly for the first time wishing that I was dead.

What this tells us is that I’ve always been depressed. Always visited by dark moods. Always obsessed with death and taking my own life. Then, I’ve always lived in my own little world, always too spent much time in my head. I think it’s partly from having moved around the country so often as a child and always having to make new friends and settle into new schools. Sooner or later that level of disruption sends a child into a fantasy world of their own making. In any hobby or profession where one overuses a particular part of the body there is always increased risk of injury. Singers are more prone to colds and footballers more prone to tears of the Achilles tendon. Black moods, by the same measure, are inevitable when you spend so much time in your head.

I should say at this point not to worry about me. If I was going to take my own life, I would have done it a long time ago. Thinking about suicide is as much a coping mechanism as it is anything else. When things go wrong, you get yourself into a state where you imagine the scene where you’ve done the deed and your friends and family are hearing about it on the grapevine. If you’re in a really dark mood you might even picture your own funeral. As sick and pathetic as it sounds, it’s a fantasy that actually makes you feel a lot better, knowing that people would miss you and people actually would give a shit if you were dead. And yes, I am aware that I am speaking in the second person here (I’m a writer you cheeky fucker). I’m speaking generally here, as I’m certain that I’m not the only person who goes through this process.

It’s a coping method through which many artistic and intellectual types put themselves. I’m fortunate enough not to know anyone who has taken their own life, but I have friends who have sadly gone through the heartache of losing friends and family to suicide. I hear the same story time and time again: I only saw him the day before, he was such a happy chap, not the kind to get depressed. Which is the problem. If you have a history of depression and low self-esteem then you become accustomed to dealing with the spanners that life likes to throw in the works. Oh you can sink into the darkest of dark moods, be unable to get out of bed for days at a time, but there is some survival instinct inside you that knows that it will pass. If you’ve not gone through that process before and then something happens to derail your whole outlook on life, redundancy or being cheated on by a partner, then the sudden crash in serotonin coupled with a night pouring alcohol down your throat can be enough to send you over the edge. Literally.

The same applies to music. People who aren’t naturally predisposed to self-doubt tend to find depressing music depressing. Yet what unnaturally upbeat people call depressing, I call soothing. Music soothes the savage beast and you’ll often hear me listening to the entire back catalogue of Radiohead, Alice in Chains, Suicidal Tendencies, Joy Division, the first five Black Sabbath albums and the like. Pop music, now that’s depressing in its undiluted soullessness. I guess I find something suspicious about people who are happy all the time, because there’s obviously something they haven’t understood about the world.

I have had many conversations over the years with friends and girlfriends that I should get counselling or see the doctor about anti-depressants. My answer is always, what would be the point? I’m depressed because I can’t know what it’s like to be a photon of light working its way up from the centre of a star or a wave crashing on the shore. I don’t think Prozac or talking through my feelings is really going to do much to help. All they could do for me is tell me to modify my expectations. Well excuse me, but reality is the one with the attitude problem, not me.

It is my considered opinion that eventually we will all download our consciousnesses to virtual reality, because only in an artificial sphere will we all be able to live out our dreams. I think that’s why we have so far failed to make contact with sentient life in the universe. Faster than light travel probably is possible with a little cheating, but most species master cyber space long before they break the light barrier. Why bother to fly around in a spaceship if you could pretend to fly for real? In The Matrix, humans beings have to be conned into living in an artificial reality. In reality people will be queuing up for the opportunity. There’s a reasonable chance that we’re already there.

I decided not to wait. Most of my waking life is spent avoiding reality. The truth of the matter is that I’m much happier existing in my own head. It was inevitable that I would become a writer of some description, writing is the only way in which I can comfortably express my thought processes and inner turmoil. I have to engage in the creative writing processes in order to put all the years wasted in which I pointlessly re-enact scenes from my life in which I become the hero. After all, I’m short, shy and quiet. I’m never going to be a great orator, guitarist or fire fighter heroically saving a newborn from a burning building. But I can imagine what it would be like to be each of those things and to describe the scene in a pleasing form for the enjoyment of others.

Indeed, like most people who spend this much time complaining about their lot, I really have nothing to complain about. Enough friends have described me as the smartest person they know that you would think that some of that praise would start to wear off on me. And yes, I know that in certain areas of expertise I am extremely clever. I can’t bang a nail into a bit of wood, but I can rattle off the gravitational constant of the universe or give you five and half thousand words on the opening word of Joyce’s Finnegans Wake. The issue with me is and always has been about self-confidence. When I’m on form there is no one that can touch me, but when I’m down, there’s no reasoning with me. I can go from thinking I am the Lord God Almighty to the scum of the Earth and back again in the space of half an hour. It gets pretty exhausting.

Likesay, over stimulation of a body part increases the risk of injury. Depression and a distracted aspect are commonplace amongst writers. Many writers deal with the inner-turmoil through alcohol, often to the point of addiction, but I have rarely ever drank. If I’m honest I’ve always had a shitty attitude towards people who drink. I don’t like being with large groups of people generally, but I find pubs and bars just about the most depressing places in the entire universe. One day I’m going to write a book of the excuses I have used to get out of going on night’s out or reasons for leaving after an hour. Sorry, I just find drunk people boring.

My drug of choice, the only one I ever really taken, is cannabis. A lot gets said and written about cannabis causing depression or schizophrenia, but I’m not sure how much of this I believe. Yes, cannabis can cause an increase in depression, but usually only when you stop smoking it and usually only for a couple of days, which is mild compared with my normal cycles of depression. As I indicated at the beginning, I have been depressed since at least the age of five and the most that cannabis does is to amplify a pre-existing state of mind. I can become paranoid when stoned, but when I was ten I became convinced that my parents had been replaced by imposters so that’s nothing new either. The only difference between a writer and a schizophrenic is that a writer makes a living out of their delusions. Pot for me is like sitting at the top of a hill with a panoramic vista upon the world. It opens up my mental space and relieves the pressure on my brain to the point where I can actually think. It was only whilst stoned that I was finally able last year to figure out the mechanics of writing and become a writer. This year I’m trying to keep up writing everyday and staying mostly sober. That’s a pride thing. I need to know that I can write in any state of mind. Deep down I know that smoking is only a catalyst to what’s already inside of me. So far, I seem to be doing ok.

In conclusion I should repeat that right here and now I am fine. I have some issues, mostly to do with not having a job and being in debt, but the thought and exercise of writing is keeping me on the straight and narrow, emotionally speaking. I’d like to make some money out of writing, for writing to be a profession rather than an albeit time consuming hobby. Yet I know that I’d rather be prolific poor than rancid rich. I also know that I’d like to keep writing sentences as well constructed as the one previous.

My depression is pretty mild compared to other people I know that have proper bi-polar disorders and need regular medication. I don’t tend to get manic or act out my self-loathing. I’ve never been a self harmer or made any serious attempt to kill myself, even as a cry for help. To me it has always been a point of pride that I work these issues out for myself and after more than thirty years, I’m getting there. I wouldn’t decry anyone else’s methods for coping, unless they are needlessly self destructive. Whatever works for you works and you should get all and any help that you need. For me its writing, smoking, long walks and listening to depressingly soothing music. For you it will be a whole other cluster of coping mechanisms.

Besides, there is that phrase that Stephen Fry has quoted when talking about his own battle with depression: Don’t take away my demons for you take away my angels too. Any emotional state is like a pendulum, the further it swings one way, the more it must inevitably swing back the other way. That’s just physics. It is therefore comforting to know that to be depressed or manic is ultimately to be at one with the universe. 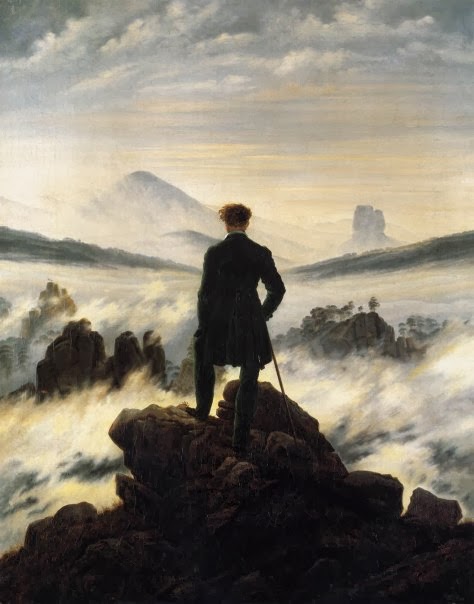