The worlds' longest continuous game of crazy golf is set to resume this weekend with the contestants teeing off from a clay animation ice-shelf.

Cornish born Henry Carter and self proclaimed King of LA Punks, Dr*lict, started the game in Newquay fifteen years ago to decide which of the pair could ask a girl out to a beach party.

The obstacles back then were little more than sections of drainage piping covered over with squares of lawn turf.

"There weren't nothin' crazy about that course." explains Carter. "Mildly eccentric at best, I'd say."

Yet there was always a next course to play and they grew in sophistication. "We didn't see a windmill when we started going around, but blow me if there weren't one there later. Dawned on me when we played though that first castle we weren't in Newquay anymore."

Since then the two men have played over courses of ever increasing craziness. They have hit shots through tiger infested jungles and across lava flows, crossed the length of the Kalahari desert as a single course and had to hit a hole-in-one onto a tiny pacific atoll in shark infested waters and balancing on top of a kayak.

The name of the girl is long forgotten. As is any thought of keeping score.

"Scores just get in the way of the game." Dr*lict drawls. "We keep it going for the adventure. Everyone's gotta see the world somehow. Why not a crazy ass game of golf?"

The courses grow crazier. Last season Carter and Dr*lict teed off into the forests of Endor from the back of an AT-AT walker and from the roof of the Simpson's family home on Evergreen Terrace. They have also played courses in zombie infested towns and once ended up in the middle of an online battlefield.

"Snipers kept tapping us in the head." Dr*lict recalls. "The one wasn't putting, he picked up a weapon and he got on point. We dealt with it and got outta there asap." Did being killed that many times hurt? "Yes." he says curtly and you know it's an end to the matter.

Carter and Dr*lict's exploits are not always applauded. Last season holes were contested in the no-man's land of the First World War and over the rubble of Nagasaki left by the atomic explosion. Liberal commentators rejected these events as tasteless.

"We don't have a lot of control I'm afraid." Carters says, apologetically. "We goes where the game takes us." Nevertheless, this season's opener is low key compared to last year's barnstorming opening weekend down the spine of the Andes mountains. "Last season was frantic. Nice to have a slow start this time. We did this me and Dr*lict for near eight years without a break. Got families now. So we has a nice break in the summer and the rest of the year we plays golf."

Carter and Dr*lict's will tee off Sunday lunchtime. The Royal Association of Crazy Golf (RACG) have confirmed that the game will be promoted to the level of Outlandish, if the pair can complete a further three holes. Both players are currently ranked at Interstellar.

The RACG has now added five new classifications to its ranking system to account for the Carter v Dr*lict game. They look set to continue to break records for a long time yet to come. 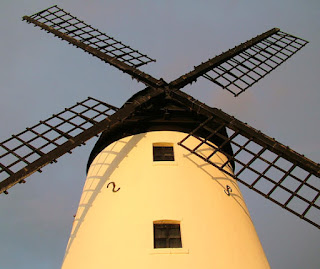