Some of you may know that many of the pieces posted on this Eponymist blog were actually written by my good friend and occasional collaborator, Danny Roberts. Every now and then, when he is passing through this particular time in space, Captain Roberts will email me with the latest short story or autobiographical chapter he has been working on and asks me to publish them under my own name. I am always happy to oblige.

Well Captain Roberts has been in touch again and it seems that he has decided to try his hand at script writing. Four scripts he has sent me, with more promised, and I have been commanded to breathe life into them. Rehearsals begin presently. In the meantime, I have been asked to record a pilot episode via Soundcloud and to take the role of Captain Roberts himself.

I am afraid I'm not much of actor (my last acting role was as King Herod in the school nativity play when I was six), but I'm doing my best. This pilot is divided into six chapters, two of which are recorded and available for your listening pleasure by following the link below. The final four chapters should be ready over the next week. Constructive criticism is welcome, though not necessarily appreciated ;) Enjoy! 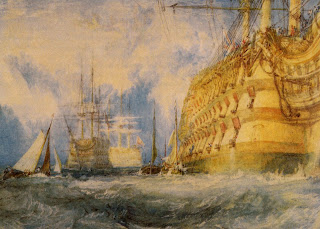