So, through a second floor window, do we witness the last few acts of a desperate man. He writhes and contorts, falls to his knees, pressing his nose to the floor. Mutterances issue from his lips. His palms are dirty, his skin clammy and oozing sweat. Each movement seems an exertion. He clenches and unclenches his fists as he goes, left hand grasping a naked lamp. A buzzing emanates from somewhere in the room, probably a mobile phone on vibrate. He fails to hear, oblivious to all but the small patch of carpet he examines. And as each search brings no joy, he repeats that one word. No.

Ten minutes pass without change and with no small sigh our subject returns the lamp to its table and crawls back onto the bed. The late afternoon light of an early autumn sun illuminates the scene. He lays with his head nearest the headboard, then away at the foot of the bed. He lays on his back, on his front, then oscillating from side to side every other minute. Finally he lays across the single mattress and rests his legs vertically against the wall. He stares at the ceiling and ceases to move.

Have we seen all? Surely not. 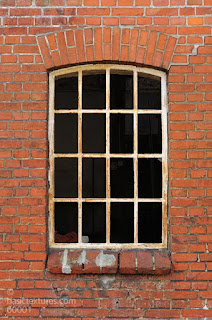 With a violent heave he pushes away from the wall and does a backwards roll onto his feet. He examines the field of battle afresh. His face is red now, the blood pounding in his ears. He sweeps his gaze one more time over the mouldering emerald carpet, then sits down on the bed and opens the top drawer of the bedside table. He puts it on his knees and starts to throw the disordered contents onto the bed.

Finally there is only dust and detritus left and he takes the bare lamp and places the bulb near each corner, going around the rim faster and faster. He stops with a jerk and kicks the bedside table. Then he curses and kicks it twice more. He knows this was the good drawer. Nothing in here, no chance in the bottom drawer. He looks anyway, ignoring the shouts that his eruptions have elicited from below. The result of the search is as expected. He falls to his knees with a dull thud. 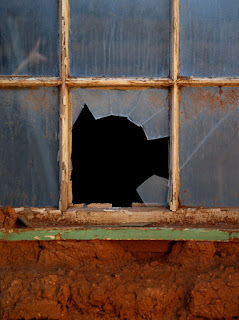 He's under the bed now, pulling up sections of carpet. One good find, he thinks. Enough for one more hit to get him over this hump, then he'll quit. A branch to briefly cling to on his short plummet back to Earth. Instead, he keeps on falling.

The crossroads was approaching. Time to face difficult choices. On the one hand he could give up the ghost here, ride out the sweats, walk them off even, take one night's tense sleep and be over it. On the other hand, he could ring Justin and go pick up and bottle out once again. He'd have to be quick though. Justin was only open for business during the hours before his missus got back from work at six and he was strict about it. Fuck with him and he'd cut you off in a heartbeat.

That time was fast approaching and yet he knew he would leave it until the last possible moment. He always did. This was injury time. Make a find, ride out the six o'clock tide and he'd be over it by the time it made a difference. Yet he'd been over this room a dozen times and all he had to show for his efforts were a few measly flakes of dullest green. Not enough to get an gnat high. So it was now or never. Had to have time to ring Justin and get there and back. Half an hour tops. He checked the clock. It read 8:06. 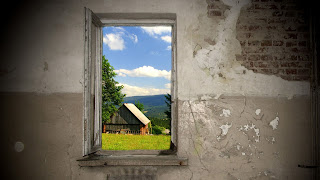 His face fell as he felt a state of dread descending. The digital clock on his bedside table had been acting up. Running fast or slow for hours at a time. He found his phone and saw that it was five to six. There was a text waiting for him:

jus got a boss ched in but b quick cheers.J.

Oh fuck. So once again the fates had conspired to make the decision for him. He called this the ground state. The state in which he felt he was being ground down to dust. The gloom stirred, no longer held at bay. He felt himself aging. An upheld palm aged and withered and shrunk before his eyes. A desert mirage, but it set off a wave of nausea. He saw himself cold and grey on the slab, incinerated and scattered before a blue flame. Couldn't come quick enough as far he was concerned. Sooner the better. Why not just go now? If I have to feel like this forever, why not just get it over with now?

Oh no, you don't have it in you to do that. That's a defence mechanism that is, a healing rite of passage. Think about suicide and imagine watching in ghoulish form as your family and friends are informed of your death. You cry as they cry. Then having imagined one possible future for yourself, you take the opposite path. It's why the human psyche exists. To imagine future scenarios and rehabilitate the soul through internal role play.

It takes a lot out of you going through this every month. Why not do it properly for once and leave this life behind us? 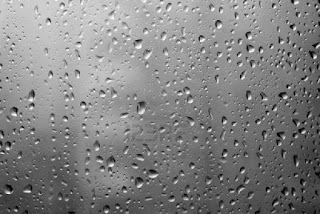 He nodded. Ok. The yin and yang of it all. A change is as good as a rest. These things even themselves out over the course of a season. There has to be a last time and this is technically the last, last, last time.

Of course I should only say it is until next time. Au revoir rather than goodbye. Finality invites rebellion. Yet delay, well that's virtually a British tradition and I am conditioned by my very culture to queue patiently, remain on hold and wait in between the hours of 9am and 5 for a plumber who perennially fails to arrive. I can survive if I can believe that one day I can return to these pastures and be at peace. When I've earned the right.

The orange light of the sinking sun hurts my eyes, but I will endure. Fate may drag me in her wake but I have hold of the reigns and I'm positive I once felt her yield. Just a little. Only for an instant.

Forward we must go.

Tomorrow is another day. 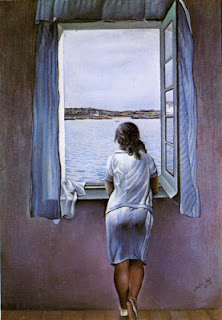 Email ThisBlogThis!Share to TwitterShare to FacebookShare to Pinterest
Labels: By A Canal, Fiction, Short Story