Danny Roberts' Heuristic Tales is a series of one act audio plays that I'm going to try and get recorded over the summer and put out as podcast or on Soundcloud. However, what with all the recent interest in a possible mission to Mars, I thought now might be a good time to post the script for the first one, as it involves a similar scenario, set in the future.

And as I always say: Enjoy!

Scene: Café table in the window of an old fashioned café, plate glass with ornate mahogany frame, looking out to modern street.

Malcolm: Jen. Jen. Jen, where on earth have you been? You’ve been ages. You said it was urgent. You know I’ve got the samples coming in from Madagascar today. Professor Blackwell did not look pleased when I said I had to pop out. This had better be important. This had better not be one of your pranks. I ordered you a tea by the way. Jen, Jen you’re shaking. What’s the matter?

Malcolm: Whatever is it?

Jen: The most wonderful thing has happened.

Malcolm: What did I just say to you? I said this had better not be a prank.

Jen: It’s no prank Malcolm. I’ve been chosen to serve as Exobiologist on the Gamma Red mission. Isn’t it incredible?

Malcolm: You applied to Gamma Red?

Jen: No, that’s the thing, I didn’t, they approached me. Came to my office. Called me a leading authority on Martian bacteria. And I fit the age range, so, so, so I’m going to mother fucking Mars Malcolm!

Malcolm: My God Jen, what’s come over you? I’ve never known you to curse.

Malcolm: Jen really, can you hear yourself? You’re going to Mars! You’re not going to Mars, don’t be ridiculous.

Jen: And why am I being ridiculous?

Malcolm: Do I need remind you what happened to the first two missions?

Jen: It’ll be different this time.

Malcolm: Really? I hear Gamma Red’s first assignment after landing is to bury the remains of the Red Beta mission.

Jen: Yeah well no one could have predicted that happening.

Jen: I’ve heard those stories. They’re stories, just stories. Conspiracies. You can’t have a disaster without the conspiracy.

Jen: Red Alpha was always a one way mission. Those men knew what they were doing. They were pioneers Malcolm. They gave their lives just so they could be first.

Malcolm: Well parroted comrade. What I’m saying is, if they could be so callous as to conduct a space mission without the contingency to bring their astronauts home, can you imagine them acting any differently towards subsequent missions.

Jen: Them? Oh, I see, so that’s what this is really all about? Your feelings towards the Chinese.

Malcolm: There was never any talk of one way missions when the Americans were in charge. And then the Chinks steamroller in…

Jen: Malcolm, enough with the casual racism. You know as well as I do, there was no Mars mission before the Chinese rescued the project. Come on, America couldn’t fund a trip to Montreal at the moment. The country’s bankrupt.

Malcolm: I just don’t trust them.

Jen: Really? You’ve kept that under wraps. Is that all you’ve got to say? I tell you I’ve been personally selected to go to Mars and all you can say is the Chinese aren’t to be trusted. What else?

Jen: Sorry, did you just forbid me to go on this mission?

Jen: And what do you think gives you that right?

Malcolm: Seven years of being together, that’s what gives me the right. And the mission is how long?

Malcolm: And assuming by some miracle you actually return, you don't seriously expect me to wait five years for you?

Malcolm: Sorry, the what?

Jen: The Warner Anomaly. It’s how the Chinese refer to the Red Beta Massacre.

Jen: Well following that incident it was decided a closer eye needs to be kept on the mental health of all future missions. So the entire team is being placed in isolation for the duration of training in order to catch any early signs of mental disorder. Our training is scheduled to last a year. So I’ll be away six years. And no, I don’t expect you to wait.

Jen: No. I arranged to meet you to tell you it’s over. In the car, I started thinking that maybe we could make this work, that the break might be good for us. But thank you Malcolm. Listening to you express your usual level of sneering cynicism has made this all much easier.

Jen: And god knows I'd have to fly to Mars to escape your manipulating clutches.

Malcolm: Jen, I won’t let you leave me. I’d never let that happen.

Jen: Malcolm, don’t go all Godfather on me. I’ve been reading, dreaming and eating Mars since I was a girl. It’s pull on me is far greater than any you could ever exert, even at this distance. I’m going and there’s nothing you can do about it. I leave for Shanghai this evening. I’m being picked up. You want to try and stop me, be my guest. Would be ironic if you got shot by a couple of Chinese MPs. They’re outside as a matter of fact, if you want to step out and get it over with.

Jen: Well like I said, we both know you’re manipulative. Now come on.

Malcolm: I won’t survive without you.

Malcolm: How can you say that? You’re the love of my life, I can’t just let you go on five minute’s notice.

Jen: You don’t need me Malcolm, you just need someone to validate your existence. Any pretty girl will do. You’re a handsome man Malcolm, you've got a career and tenure, it'll be no trouble at all, even for my dusty academic.

Jen: You could go on that website. You know, the one where attractive women bid for rich men.

Malcolm: Why must you go this evening?

Jen: The mission’s ahead of schedule, they’ve accelerated the program. Say what you like about the Chinese, they know how to get things done ahead of time. Not like the Americans. Too busy with all the razzmatazz to do the job properly.

Malcolm: I don’t disagree with you about the Americans. It’s what finished them off in the end. Went bankrupt trying to look big before the world.

Jen: They should have remembered Amphiaraus.

Jen: Malcolm, I’m going to get to see the Attenborough Caves. We’re going to be the first people to explore them.

Jen: That’s not why I’m going.

Jen: But you understand why I have to go.

Malcolm: Yes. It’s a shock though. I can't remember what I did before there was you. I think I'm a little numb.

Jen: I’m not sure I understand you at all.

Malcolm: You can’t do this to me.

Jen[standing]: There’s nothing more to say Malcolm. This is a shock for me too you know. I have to get my head in the game and quick. And all you do is make me doubt myself.

Jen. Is that it? Can’t you say anything else?

Malcolm: But I won’t be able to look at a clear blue sky without seeing the sapphires in your eyes.

Jen[laughs]: That's the one. That's my Malcolm. Will you write me? VM me?

Malcolm: I’ll try. Give me some time. Are you sure you won’t stay for a drink. A real drink. We should celebrate.

Jen: No, no, I have to pack yet. I’ll always love you Malcolm, I hope you understand that. Let’s not prolong this any longer. Goodbye Malcolm. [Exit] 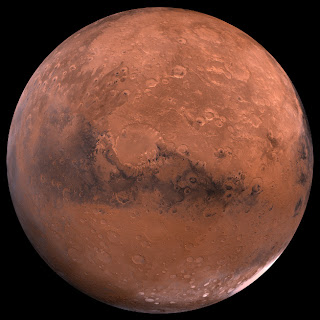