"No wonder the country's fallen apart, no one says 'forsooth' anymore."
Mark Steel
I love the English language. It is probably the most versatile language in the world. And not because it is the language that I speak, but because it is the convergence of a nexus of older languages (Saxon, French, Greek and Latin), liberally sprinkled with myriad words from other languages (Sanskrit, Arabic, Urdu, German, Yiddish, Spanish etc) to swell its vocabulary to well over a million words. It is elastic and it is constantly evolving. The English of Shakespeare is different to that of Chaucer; the English of Mary Shelley different to that of Alice Walker. It had myriad dialects and variations, with a kaleidoscope of shades of meaning. The idiom of Jane Austin is drastically removed from the slang spoken in African-American ghettos, yet they remain essentially the same language.
English is also a rare example of a working class victory, with the dialect of the serfs having usurped the French spoken in the forts of knights and kings, absorbing and overpowering it in the crucible of the Medieval marketplace. And even after China becomes the dominant economic force in the world, English will probably survive in one form or another (being the language of international business), as a mishmash of English and Chinese. It started life as Anglish and will probably end up as Panglish.
That said, I believe that there are certain words that should be given special protection and only used in certain circumstances. The words ‘genius’ and ‘tragedy’ are two examples. The constant need of journalists in the English speaking world to sensationalise every trivial event has come to mean that these words are far too often abused. Lionel Messi, for example, is certainly a very talented footballer, but he is not a genius. Michelangelo was a genius and no matter how much spin Messi may be able to generate on a football using boots specially designed for that one purpose, at the end of the day all he’s done is score a goal. If you’re impressed by that, go to the Accademia in Florence and take a look at Michelangelo’s David: It’ll blow your fucking mind.
And this isn’t snobbery either. I’d say Newton was a genius, but not Einstein; James Joyce, but not Shakespeare. I can’t exactly define why I think this, but I think that it has something to do with Newton and Joyce having a fine grasp of complex ideas, while Einstein and Shakespeare seem to have guessed and hoped for the best. I suppose that I associate genius with the action of having a grasp of what it is that you are doing, rather than taking a leap of faith. William Blake attacked men like Newton for trusting to reason rather than belief, yet to me reason is what makes Newton a true genius. However, this theory is open to debate (like any good theory) and I’m not entirely convinced by the weight of my own argument. Einstein and Shakespeare are still godlike to me. And I’d always considered Bob Dylan to be a genius, but given that he has always claimed that he has no idea where his lyrics come from, I have just rendered him ineligible for consideration.
The word tragedy is believed to come from ‘tragus’, the Ancient Greek word for goat. Tragic plays developed from songs composed during festivals to the god Dionysus, when goats were sacrificed as an offering to the god of wine, theatre and fertility (amongst his other patronages). From these songs came the great tragedies of Sophocles and Euripides, where the tragic hero’s fate is already sealed by the gods long before he was born. The classic tragic hero of course is Oedipus.
Two and a half thousand years later and now every time some teenager dies of a drug overdose or a soldier is killed by an IED in Afghanistan, it is referred to a tragedy. As sad as these events are, they are not tragedies, but statistical probabilities. We should perhaps not refer to them in such cold and unemotional language as ‘statistical probabilities’, but to resort to the opposite extreme is just as ludicrous. Unless it was prophesised by a soothsayer that such deaths would occur and the victim’s parents had done everything in their power to send the victim away at birth and prevent the event from coming to pass, then they are not tragedies. If you want to read a true modern tragedy, read Donna Tartt's 'The Secret History', where the victim's fate is declared during the novel's first sentence.

It barely needs to be said that when our forces kill civilians during drone attacks, these deaths are put down to ‘human error’, or, as George Bush I said of the ‘accidental’ bombing of an Iraqi fallout shelter filled with woman and children during the First Gulf War, a ‘PR disaster’. We don’t mean to kill civilians and so no one should make a fuss when we do, as if carelessness is any less a crime than directed terrorism. By application of the word ‘tragedy’ to the deaths of our own troops, we can gloss over the very real truth that their lives are worth as little to the architects of the War on Terror as the hundreds of thousands of ‘non-combatants’ that have been killed by ‘our’ side.
(As an aside, we should always be suspicious of words like ‘non-combatant’. They are the Orwellian equivalent of phrases like, ‘Don’t think of an apple’. The first thing one does is think of an apple because the clause, ‘Don’t think of an apple’, contains the sub-clause, ‘Think of an apple’. Similarly, ‘non-combatant’ contains the sub-clause, ‘combatant’, immediately planting doubt in the reader’s mind as to just how non-combatant these so-called ‘non-combatants’ are. Politicians are practised distorters of the English language and should be guarded against at all times. Our first defence against their dissemination should be simply to turn them off and judge them purely in terms of what they do, not what they say. Our second line of defence is to always to ask the question, ‘What are you really up to?’.)
However, the word that is misused by more people than any other, the one that really gets my tragus, is ‘never’. I hear it being abused in one form or another on a weekly, if not daily, basis, in some form as thus: “I’ve never had chips since last week.” It makes me want to scream: “Well then you have had chips! LAST WEEK FOR A START!!!” ‘Never’ is an adverb meaning at no point in the past and at no point in the future and is in fact a contraction of the adverbial phrase, ‘not ever’. If you say, “I’ve never been to Rome before” while you’re stood ouside the Coliseum, that’s just plain wrong. However, if you say, “He always wanted to see Rome, but he never got the chance” over the grave of your recently deceased father, well that is correct (but not indicative of a tragedy).
I’m as guilty of misusing ‘never’ as many other people, but I’m trying to consciously replace it with ‘haven’t’ or ‘hadn’t’ or some other appropriate word or phrase. There is a certain laziness creeping into our language, with verbs like ‘do’ and ‘got’ replacing more descriptive phrases, even among the academic community. Sentences like, ‘We’ve made a series of calculations’ are being pushed out by more simplistic phrases like, ‘We did the sums’, as if we’re all still in primary school. The shades of meaning in our language are being lost in favour of extremes. What will we do when a true genius comes along or a true tragedy takes place? How will we be able to convey the state of something not ever having taken place when we have disabused our once noble language of all meaning? And does anyone else care?
Like the Newspeak of Orwell’s ‘Nineteen Eighty-four’, the loss of descriptive language robs us of the ability to express complex ideas and emotions, which is all the more essential as we become isolated from each other through the loss of common experience. Technology was meant to bring the like minded together and yet it seems more and more to me that its real purpose is to divide and to subdue. All the more reason to protect from cultural erosion the keystones to effective communication. 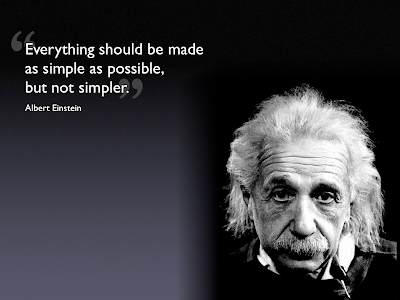