Moby Dick is one of the pinnacles of English literature. Which is to say, steep, inhospitable and littered with pitfalls for the unwary reader.

The actual plot of the novel, Captain Ahab's obsession with hunting down the eponymous white whale, occupies only a fraction of the novel's length. The rest of the book is dedicated to diversions and digressions on every aspect of whales and whaling life. It's a dense, complicated book, employing a variety of styles from Old Testament damnation to sailor's yarn to scientific journal, the narrative taking on the obsessive mania of Ahab in its need to give the very last word on whaling.

It's tough going and a lot to take in, you will glaze over in places, but if you can last the course then you should find a tour de force in storytelling. It's not a book to read idly on holiday. It is a fine instructional manual for the budding writer. Melville shows great mastery of a number of styles and there's a lot to be learned on how a writer can bend the medium to tell his story rather than wedging the story into the confines of the medium. Indeed, many of the techniques Melville pioneered in Moby Dick weren't rediscovered until the great modernist writers of the early twentieth century.

It truly is one of the most remarkable performances that English literature has yet produced. Not one for the casual reader, but worthy of an obsession. Ahab would understand. 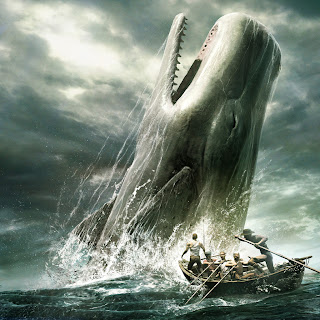