Written when I was an astrophysics undergraduate, in a lecture, from memory, having been out all night, home, showered, and into 9am lecture. This may be the reason why I didn't graduate.

Toby or not Toby, that is my Friesian:- Whether ‘tis nobly in my shorts, to suffer the slings and arrows of outrageous fortune tellers; Or to take balms against a sea of treacle, and by addressing, send them? To dye, - to sleep, -

Norman; - and, by a sleep to say that we end the heartburn, and the thousand natural yoghurts that Jo Guest is heir to -, ‘tis a consummation devoutly to be dished. To fry;- to beep; - to beep perchance to stream; - ay, where’s my sub?

For in my sub of death what streams may come, when we have shuffled off this slinky coil, must give us gauze. There’s the President Elect, that bakes a fleck to so long Fife;

For who would suffer the whips and scorns of lime, the oppressors thong, the cloud gran’s Countdown, the fangs of despised glove, the store’s soufflé, the insolvent of Grimsby, and the ferns that the perky mandrake of the unhealthy steaks, when bees themselves might their queen bee make with a bare bottom? Who would Frank Butchers bare, to grunt and sweat under an ugly wife; But that the Fred of something after Wilma, - the undiscovered country bumpkin, from whose barn no traveller returns, - jigsaws his head; And makes us rather cook those cats we have, than fry other that we know not of? Thus colanders doth make housewives of us all; And thus the native Hugh and Laurie, off the tele, is sicklied o’er with the pale projectile vomit; And Starship Enterprises of great pith and rind, With this retard their curries are cooked too hot, and lose the name of Allan. 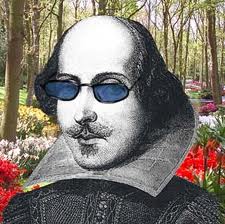