What does you conscience say? You shall become the person you are.

This is still my catharsis. The routine I need to stick to day in day out, to gain a sense of perspective and practice the basics of my art so that I may excel in it. During the last
peak, when I was addicted to sitting here, I churned out some not bad stuff. Here can I write what I want, when I want, so that I may go on and write what I need to write. Without this I soon sink into lethargy and lack of confidence. It does matter what I write here, whether it is inane and shit. This is the foundation from which I can build a career. Nothing is disallowed (double negative, I hate it when that happens).

Was talking to a friend about positive role models, and the lack of, last night. I told her that I wanted to be my own role model. This is true. Whereas I find many writers and musicians appealing, none of them attract me wholeheartedly. Back to the Eponymist ideal again. The idea of individuality (Christ being the only Christian). I can take pointers from people, but ultimately I stand alone. I don’t believe in nationality or religion or race. At best, any social group is a loose conglomeration. At best, unified through one or two ideals. Which is fine. Society could not operate without community spirit. However, one of the reasons for the breakdown of society in the west is a realisation that these ideals have become transparent. Immigration and the global ideal are partly to blame. The world has moved forward so fast that our narrow perceptions have not been able to shift with it. Acclimatise to it. Our perceptions need to be refocused. Religion and the family unit used to provide the bedrock, but they have slowly been eroded. The downfall of at least one these is due to it being based on erroneous assumptions, dressed up as truth. Can you guess which one?

We have to become fluid. To be able to shift our allegiances according to the situation. There are times when I am affected by national boundaries. Football, I mean. In fact, sport is almost the only time when most of us feel a strong pull from nationality (or it should be). I envisage a future where there are no longer any nations. A persons country will be made up only of the places that they have been to. Not an phoney affinity with people they have never met or place they have never seen. My nation is Liverpool and Cardiff. Madrid and Paris. Amsterdam and Bruges. I want to live in a world where in one regard a person maybe my opponent, yet in another they will be my contemporary. As a writer, I consider Hemmingway fascinating, but as a man I doubt we would have much in common. He writes with a passion for his subject, but I have little desire to experience bull fighting or fishing. This is what we should all be moving towards.

I believe that the purpose of the universe is to achieve infinity. The best way for it to do that is by generating as many possibilities as possible, thereby increasing the chances of it happening. Infinity is the point at which all possibilities have been played out. Now, if this is true, then life on this planet should be diversifying in as many ways as it can. Originality is the key. Certain well meaning types will tell you that there is nothing original. That may be true. But there is always a new spin to an old idea. A unique rendering of prevalent influences. This is the code to which I hope to stay true. A fresh form injected writing machine. All artistic disciplines should be in a continued state of growth. That is why I hate popular culture so much. The continued re-rendering and re-hashing of the same ideas over and over again. The law of diminishing returns. These are possibilities being played out it is true, but when so much time seems to be spent on producing works of dubious artistic value, it is hard to see where our next evolutionary step is to come from. Stagnation abounds and I think this is its one objective. I am a big admirer of the Bard, but the comedy in his plays is simply not very funny. Comedy has moved on in leaps and bounds in the last four hundred years (Python, Bill Hicks, Spaced), just as it should.

Anarchy. The more and more I think about anarchy, the more I read, the more I come to the conclusion that we are all of us, for the most part, anarchists. The basic tenet of anarchism is this: Do whatever you want to do, so long as it does not interfere with anyone else. This is one of the principles I try to abide by: Do what you want but do no harm. Something I’ve not always followed as closely as I should. Now, is this not what we do every day of our lives. We may go to work, but no one forces is us. We do it through our own volition. Okay, so we do it to get paid, but it may be said that there is a contract between employee and employer. A symbiotic relationship. One cannot survive without the other. We get married, have children, but then there is merely a refocusing of our anarchic principles. Our family becomes us and the family may do what it wants, as long as it does no harm (including to itself).

The problem with a large part of the anarchist movement, as I see it, is that they only hear the first part. “What, do what I want? Cool! See ya.” “Hang on, there’s more…Oh fuck it.” But isn’t that always the way with ideologies? They get distorted and perverted for personal gain, until they bear little relation to the original idea (cf. the major religions of the world)! The problem with the anarchist movement is that it seeks to politicise what is in essence a personal philosophy. Anarchism is a lifestyle choice. As soon as you try to mould it into a movement it ceases to be anarchy. Buddhism is very close to anarchism. It is essentially about meditation. When you pervert it into religion it ceases to be Buddhism. There’s a great line in the film ‘Dogma’. All about how humans have missed the essential point of religion. It isn’t about religion, its about ideas. “Ideas can be changed. Religion is what gets people killed.”

I do not seek to enforce any idea upon my fellow man, except one. Be yourself. Be the person that you are. What does you conscience say? asks Nietzsche. You shall become the person you are. Be your own religion. Your own ideal. Your own political party; your own role model. Be your own trail blazing its way toward the horizon. And if any other line happens to intersect yours, well then that’s just a happy coincidence. A bonus. I think Henry Miller put it best:

Okay, that’s enough cultural referencing for the moment. I am your sheep herder, kneel before me. Quiet! 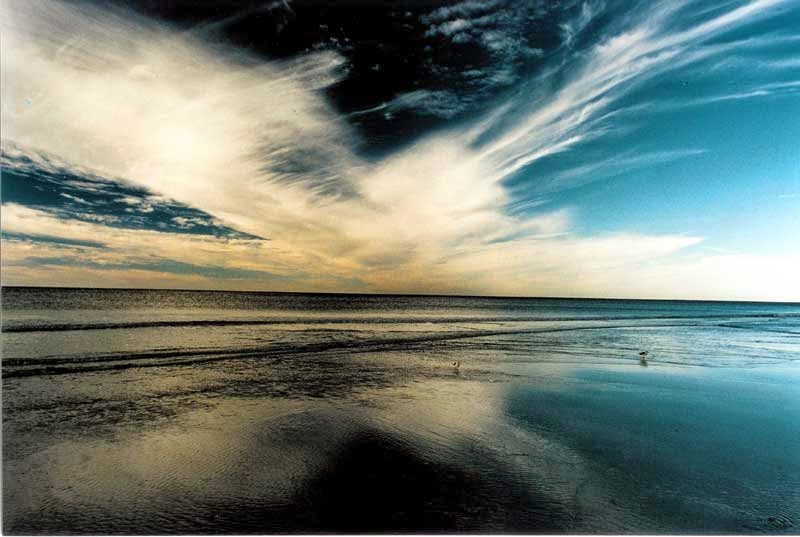