Final instalment of my travelling trilogy

Ah, Venice. What a strange few days of my life. Already been to Dublin and London on this trip and by the time I land in Venice, I am virtually skint. Thankful to find a decent supermarket with cheap meat and cheap wine.

My first time in Italy. It’s thunderstorm season and the plane circles the airport for half an hour waiting for conditions to improve, which the pilot explains on landing are the worst he’s experienced in twenty years of flying.

It’s already ten o’clock in the evening and I’m panicking that I won’t be able to get into my hostel at night. Over the years it becomes a recurrent theme of getting into any Italian city late and not being able to find where I’m going. I blindly get onto a waterbus, which takes an age to get to San Marco Square, detouring and dropping off via the other Venetian islands. The crew play Iron Maiden’s Somewhere in Time through a portable CD player. I haven’t heard the album in years, but I’m on the water so long I get to listen to everything from Caught From Somewhere in Time, up to and through the eight and half minutes of Alexander the Great.

Humming Stranger in a Strange Land to myself, I disembark. When lost late at night in a country where you don’t speak the language, it’s always best to adopt a persona of friendly but pathetic. I diagonally cross San Marco with some vague homing instinct for where I’m heading, the rising waters of the lagoon seeping up through grates in the stonework. Once into the narrow streets though, I’m lost and stop strangers every few meters and point at the address on the printed reservation sheet I carry. Most shrug their shoulders, but I guess my features are Italian looking enough that most who don’t know the street find someone who does.

By some kind of tag team or tourist relay with me as the baton, late night walkers and late night drinkers get me to the right street in the middle of the city. The entrance to the hostel though is a nondescript and I manage to walk past it three times, my pacing only arrested by the water’s edge, until I chance upon the right door and ring.

It’s gone midnight, but there’s someone on duty and I’m shown to my room, everyone else already asleep on what are little more than camp beds. The adrenalin is pumping from having got here after the many delays since flying out of Gatwick, but there nothing more to be done but get undressed, find some comedy to listen to on my Walkman (MP3 players being in their infancy) and go to sleep.

More thunder in the night. Out here there’s nowhere else for the lightning to go and it explodes above our heads, jolting everyone awake. A first introduction to my fellow hostellers is half asleep, worried faces illuminated by brief bursts of white hot light in the night. No one sleeps particularly well, even after the storm has moved on. Still, it gives everyone something to talk about over breakfast.

I spend the best part of a week in Venice, but with little money to spare and still being the height of the tourist season in August, three or four hours of queuing has to be endured to get into anywhere worth visiting anyway. Under the circumstances, I walk from one end of the city to the other and back again, lost in my thoughts, reading from Dostoyevsky’s Notes From the Underground in out-of-the-way piazzas, people watching at the train station, playing solitaire in the hostel at night and talking to the staff. Marco, who was on duty the night I arrived, is a frequent source of entertainment. The hostel is a family run business, he’s the youngest, tall and handsome, a cliché of an Italian man, well dressed and distracted by every pretty face that crosses his path. He’s good company though, curious and good taste in music. He brings in a guitar for us to take turns playing.

There’s a lot of Americans staying in the hostel, a middle aged couple from the Netherlands and a noisy, self important woman from Canada. In my experience when people talk about that brash American that was in the bar when they were in holiday, bumming everyone out, more often than not that person will turn out to be a Canadian. I’ve known many Canadians and while some of them have been dicks and some excellent company, they’re all mad. This Canadian definitely falls into the dickish end of the spectrum.

There’s also a couple of British people. I don’t remember either of their names, but there a girl who’s picked up or been picked up by Marco’s elder cousin while she’s been staying at the hostel. He’s taking her to Rome. The rest of the family, balding, fat middle aged men, are jealous that she’s not with them. The envy of others is always hilarious when you have no personal stake in the sideshow. Marco’s uncle introduces me to the phrase, ‘flying bitches’, which has no English equivalent I think. It’s like gold digger or something like that. Ain’t misogyny just tragic?

The other Brit here is a guy who works for one of the London radio stations. LBC if I remember rightly. The only bit of paid for culture I get to see when in Venice is spending a morning together at the Guggenheim Museum. Exactly what you expect from a Guggenheim Museum, lots of Cubism, Futurism and Pointillism. Then, after catching the matinee performance of Flying Bitches back at the hostel, I end up falling asleep on my bed listening to a BBC radio adaptation of The Big Sleep (in Dublin and London I’d read Chandler’s Little Sister and The High Window). I wake up in the early evening.

Venice is a strange place, a place I need to return sometime and see a bit of the history, the Doge’s Palace and the Basilica and the like. I’d bet I could also spend a number of days just tracking down traces of Galileo’s life here. I’ve walked over the Rialto Bridge a couple of dozen times on my frequent perambulations. If you go out in the morning, the whole city smells of dog piss, because there is no vegetation and everyone lets their dogs piss in the streets, which evaporates in the rising heat and gives everything a pissy stink.

Venice of course has the advantage of no motor traffic and so it’s a good place to walk around, through streets sometime so narrow that you feel they will narrow down to infinity, or emerge into an entirely different city (or maybe I’ve just read too many Clive Barker novels). Virtually the entire island is stone, although there is a small park well to the east of Saint Marco that I would wander down to a sit on a park bench and watch the overlarge ferries motor by. I wonder how the ships get in when the advantage of Venice, the reason people fled to these islands, was that they were in waters too shallow for warships to invade. That’s a question to which I still don’t know the answer.

As it turns out, instead of catching a waterbus, I could have just got a bus from the airport as far as Venice train station and I would still have had only to walk as far as I did from San Marco. But what would have been the fun in that? The coming of smart phones and Google Maps may take a lot of the frustration out of foreign travel, but it also takes away just as much of the adventure. Part of the romance and the personal of travelling is allowing yourself to be lost and find something unique for you. Serendipity is magical. Knowing where you’re going, well that’s simply overrated. 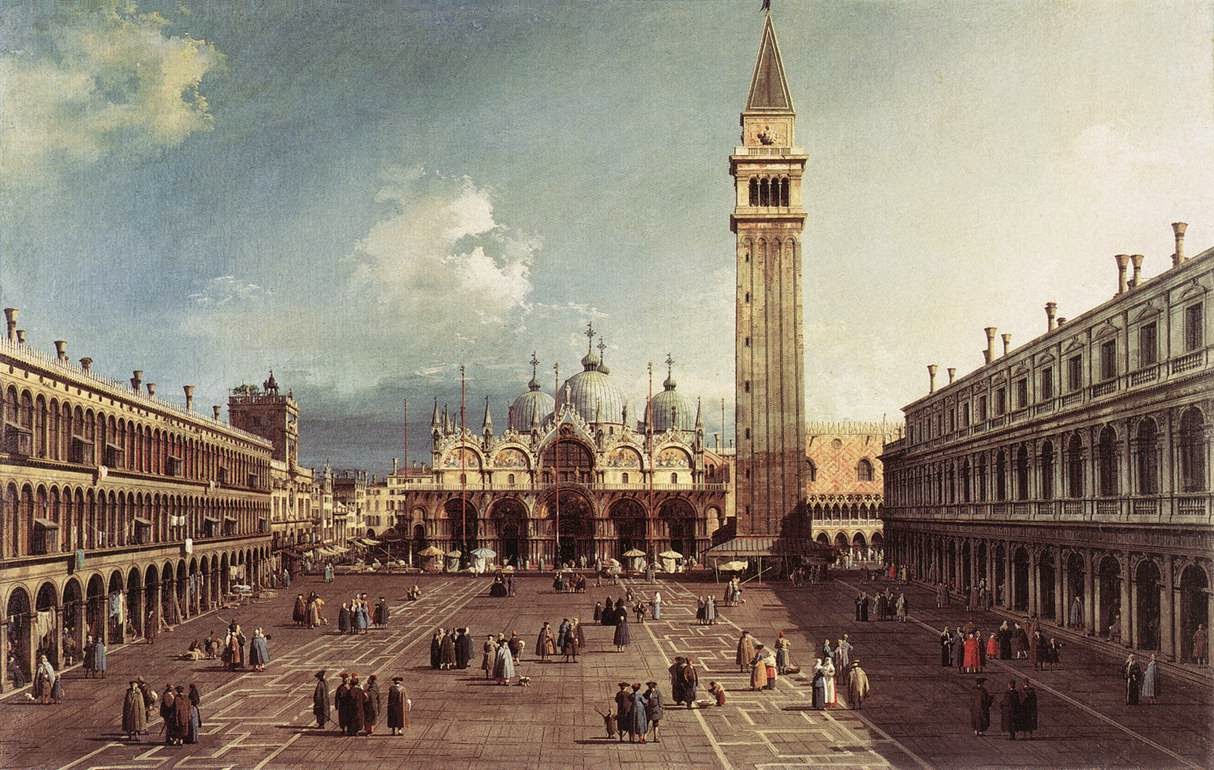