A collection of review of books I read in the same week...

As with the TV series, there is actually very little in this book that I didn’t previously know. That said, I have been an astronomy nut for most of my life. Yet still, I adored Wonders of the Solar System, watching each episode multiple times, even digging out my old university textbooks on physics and maths, such is the contagious quality of Brian Cox’s boundless enthusiasm for his subject. The importance of any subject can be emphasised by someone with a genuine passion for their subject, no matter how dry, and Cox’s engagement with Astronomy seeps through from every page and every frame of book and TV series respectively. An enjoyable book, with many breathtaking images. 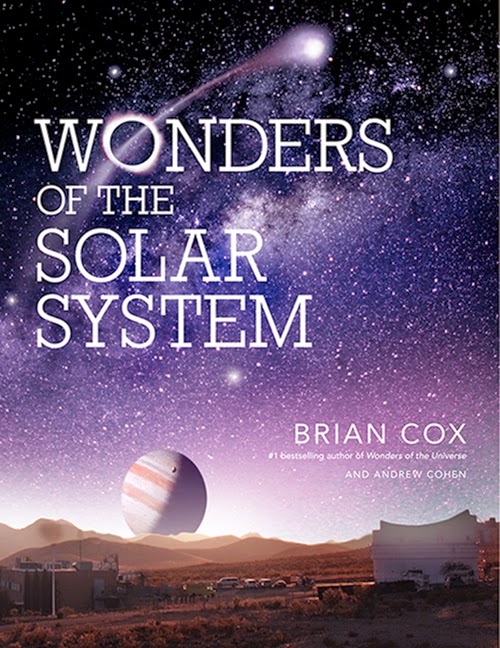 The Spy Who Came in From the Cold – John Le Carre

My first foray into the world of John Le Carre, having recently watched Tinker, Tailor, Soldier, Spy and Smiley’s People. The first thing that strikes me about The Spy Who Came in From the Cold is just how many times the plot (or rather, the denouement to the plot) has been ripped off since. Even DS9 had a go at it Inter Arma Enim Silent Leges. Graham Greene described The Spy Who Came in From the Cold as the best spy book ever written. High praise from the former secret service agent. But then I think that a couple of Greene’s novels (i.e. Our Man in Havana and The Human Factor) may have stronger claims to that title (in my humble opinion). Still a great book, very enjoyable and I will certainly read more Le Carre later on.

Volume four of the five volumes of Philip K Dick’s collected short stories (none of the rest of which I have yet read). Lovely collection of stories, showcasing all of Dick’s environmental and social concerns. And while the film Minority Report isn’t bad, as Hollywood blockbusters go, it really does pale into insignificance compared to the story that inspired it. The film uses Hollywood plot device 189 on which to hang itself, because it lacks the bravery with which maybe an art house studio would have treated the story, retelling it as it was written, rather than taking the basic elements of the plot, discarding the rest, and replacing it with a formulaic story that would work equally as well in a period costume drama. But then this seems to always be the case with Dick adaptations. Much as I love Blade Runner, only Richard Linklater’s interpretation of A Scanner Darkly comes anywhere near to being faithful to the man.

A Burnt-Out Case isn’t Greene’s greatest work, but it is still a highly enjoyable read. Set in a Congolese leper colony, a famous architect is looking for a place to hide from his fame, without success. As much as anything, the novel is an exploration of the downsides to fame and the emerging globalisation of the media. In this brave new world here is no corner of the Earth to which the famous person can escape. The ending is typical Greene. Not quite a masterpiece, but one of Graham Green’s solidly good novels.

Douglas Adams put the case for PG Wodehouse rather well. That although most of his stories revolve around the rather trivial concerns of the upper middle class, there is just something infectious about the way that Wodehouse writes that makes you content to just sit back and enjoy the farce. The same commentary could be equally well applied to the Sherlock Holmes canon or any of Agatha Christie’s tales.

The plot of Right Ho, Jeeves is Wodehouse staple and should be familiar to anyone who seen the Fry/Laurie adaptation. Bertie Wooster attempts to advise friends and family on their various problems of love and money, making a frightful hash of it in the process, before Jeeves steps in at the end to sort the whole mess out. Simple. Classic. But like Joyce (though quite in the same class as the genius of Joyce), the plot of any Wodehouse story is not quite as relevant as the language with which he employ to tell the tale. Like Joyce, like Heller, Chandler and Douglas Adams, Wodehouse’s prose is a joy to read. I was actually surprised to at one point to find myself laughing uproariously at one Jeeves put down towards his employer. Maybe that is why the stories retain their popularity because essentially most Jeeves tales are a satire on the upper classes, with the lower middle class servant, not exactly getting the better of his ‘betters’, but satirising a society where the haves are ignorant and lazy, while the relative have-nots run the empire on their behalf. Bertie Wooster, we shall most certainly meet again in the not too distant future.