As often happens, when I think about writing something about the state of the modern world I find that I already wrote it a decade ago.

To take a step forward, I must first retreat. Retreat into the shadows, oblivious to all except my own thoughts, my own mind. To confront this pressure cooker frustration full in the face, see it for what it is, examine and understand and from there to toleration and acceptance.

This has been allowed to fester far too long. Who the hell have I become? This stalking consciousness. This foster child of hope. An apologist for disappointment. Secure with every inch of my fibre of who I am and what I was meant to be and yet impotent in the light of possibility. So I lock away knowledge inside myself. Engorged upon future I am too lazy to bring to inception. And the tension grows.

Yet who knows? Who sees? If you find me crying, that doesn’t mean I’m unhappy, nor does laughter denote joy. The turmoil deep inside is a constant ache. Uninterrupted nights are rare. The thought process, once a point of pride, has long ceased to hold pleasure. It becomes more and more a torture day by day. Yes, I appreciate your help and concern, but only one person can confront this hell, ‘fore only one us is living through it. Be grateful for that. Where it comes from, I fail to understand, yet it has been in here as long as I can remember. Maybe I was born this way or I was dropped on my head or perhaps I just had humanity sussed from a very early age.

Yes, you see you are all part of the problem too. Your cruelties, your petty hatreds of those you don’t understand or worse still, have never met. What’s wrong with you all? Chill the fuck out. Yes, in this oh so conscious stream, I see you for what you are. Afraid. Afraid of death, afraid to die forgotten. And in your impotence, you accept mediocrity and fall further into the dustbin of history than if you’d just let it all go and say in a proud, clear voice, ‘I’m terrified of my own mortality.’ Stop aligning yourselves to people of the same race or nationality or sex and sexuality and the other assorted accidents of birth. There is nothing to be proud of here. Be you own person, be with people who understand you, accept you and not simply tolerate you because you look like them. And examine yourselves. Look in the mirror and ask, ‘Who am I,’ and maybe, just maybe you might begin to approximate the person you where meant to be and not the monster social engineering has forced upon you. Again, mutilation is nothing to be proud of. Neither is clinging to flags and anthems and primary colours, as if you’re hanging off the edge of cliff, grabbing at handfuls of turf, trying to save yourself from the void. Let it go. Let it all go.

But don’t worry. I’m not angry with you. You’re unlucky enough to have been born in the flatulent west. Hypocrites and murders in residence. I mean the Bushes and Blairs of the world. The ones who promote democracy and freedom with empty statements and curtail and destroy them with the next. Words and actions. Emotive, motivational speeches. Abstract nouns. Abyssal chasms of morality. You see, they are really no different to Hussains and Bin Ladens of the world. The ideology may be different, yet the methodology is identical. If there really is a war on terrorism, why isn’t NATO bombing Washington? How many times will the good ole’ U S of A see their trained nutters come back to haunt them before they realise that those abstract nouns could be so much better if they had some basis in reality? Why did either of my grandfathers bother fighting in the second world war, when the fascists have obviously won through in the end. While our faces were turned towards the Channel, the real coup was taking place behind our backs.

So you see my problem here! I have so much to give you all. Passion, joy, knowledge, hope and understanding. Yet you fit into your tight little ethnic groups and start kicking out at each other. And THEM, the rulers, the dictators of this solar, island plantation, that’s exactly what they want. They want you impotent and afraid. They want you to look out of your rose tinted, double glazed windows and focus all your hatred upon the first face that doesn’t resemble your own. Yet as long as you remain fragmented and isolated, this little blue, green planet will sink further into the mire. You will work for their companies and spend their wages on their products. Meanwhile, your taxes will be spent on subsidising them, while they contribute nothing to your well being. Yet they will still control what you see, read and watch. Paranoid? People, it has already gone on for decades.

In 1984, Orwell invented a language called Newspeak. The purpose of this new language was to slowly reduce the vocabulary of the public, until there were so few words left, the human race could no longer communicate emotion successfully. Humanity would be reduced to the level of savages. Orwell was too limited in his appraisal and probably too decent a person to fully appreciate the full malevolence of the world. Political correctness, which to begin with was a perfectly valid idea, has now reached the point where we can no longer have an intelligent debate on social ills and inequality, without being accused of ‘political incorrectness’, further exacerbating racial tension among communities. Hey! Racism is not something that simply disappears because you don’t discuss it. See Burnley and weep. If you ignore cancer, it doesn’t go into remission. It festers and eventually it claims you as its own.

Further, popular culture seems to have no other mandate than to lower people’s expectations, until anything of a vaguely higher standard is hailed as artist genius. Pop music has now become so anodyne and homogenised that often even the teenagers, who almost exclusively listen to this trash, can not differentiate been one boy band or another. TV is slowly rotting into the same swamp as across the pond. On the small screen we are sold fantasy in the guise of reality. Meanwhile Hollywood sells us historical rape as incontrovertible fact. Popular culture hasn’t lost the plot, it just feeds us the same one over and over again.

All of which bring us, by a commodius vicus of recirculation (to quote Joyce), to me and my unfulfilled life. I need to look at this in more depth. Why am I unhappy? Lack of confidence? Definitely. Laziness? Guilty as charged. Environment, unemployment, disappointment, insufficient outlets of emotional and intellectual feelings. All true. What the hell am I waiting for? Why so many questions (humour, good)? No one else is going to do this but me. I have all the potential in the world. I could achieve relative immortality (an oxymoron, but never mind). I have intelligence and passion and ability and strength and originality (a rare commodity in these dark times). I also have a moral and ethical code which I have been guilty of disrespecting too often recently. I have been petty and I need too focus all that anger (an indispensable form of passion) into more productive areas. My evolutionary path these last five years has been so steep, that I have become so swamped in information, it has clouded my judgement. Weighted me down, basically because I have had no outlet to channel it all through (hence this digresstionary tale). I am out of practice and out of touch with my form, my art.

So maybe this is what I should be doing! Sitting down, day after day at this machine and writing ANYTHING and EVERYTHING, until I reach such a point as the fog has lifted and I can communicate properly with the world once more. An artist cannot survive in a totalitarian state ( to paraphrase Orwell) and I cannot survive in any state recognisable to myself, so long as I continue to live hostage to my own confused mind, heart and soul. This has gone too far. Enough is enough. When the tangents subside and sustained, literary creation begin to flow, then I’ll be myself once more. No, I have never truly exhibited my true form, my true persona, not even to myself. This will be its embryonic awakening. And once it arrives, it will be here to stay.

So, let’s get the fuck on with it, eh! This shall be my daily testament to my inception into a creature of light, of radiance, of apple-white purity. Whether you cheer or groan when you lay eyes upon me is not my concern. As long as you see me, that is all I ask. I will hide in the shadows no longer. Nor will I let any of you off the hook as easily as I have done. Already I feel freer, less tense. This is my medium and I reclaim it as my own. Through words I exist. Through words I share my insanity, my wisdom, my passion, and all anger, hatred and prejudice dissolves on contact with this keyboard. You can not infect me. I will achieve peace and not allow the time between now and my demise to become a void, nor filled with resentment and bitterness. Your world is full of shadowy figures and duplicity. Mine is filled with glorious creatures and truth. The only truly impervious beings are the honest. So that is who I shall be. Cool! So, come and have a go if you think you’re smart enough. The Truth! You can’t handle the truth. And things generally of that ilk.

Why not just do your best. ‘Cause the way things stand, it all pointless anyway. We all die, we all rot away. I am as convinced as I can be that there is no God. I’ve yet to hear an argument in His favour that wasn’t clever wordplay or mere intellectualising, leading to profound confusion. Descartes believed that since he was imperfect, he must have been created by a perfect being. Or alternatively, Rene, perhaps you were created by a process less imperfect than yourself. Christians argue that evolution could not have created something as perfect as the eye. What they fail to either mention or comprehend is that the human eye is far from perfect. It is riddled with flaws. If God did such a good job, why did humans need to invent glasses? Which throws up another question. Why would a perfect being, create an imperfect one? What’s up with that?

Neither do I by into this argument that procreation is a form of immortality. Most of us have little knowledge of own lineage beyond four or five generations previous (not an especially successful attempt). However, a larger percentage of the population know that Oscar Wilde wrote, ‘The Picture of Dorian Gray’. Hmm, can’t name our own great-great-grandfather, yet we remember the name of a gay Irishman. I’m not gay, but I think I prefer Oscar’s method. Maybe I’ll never get anywhere or my portfolio be lost to civilisation, but since I’ll be forgotten within eighty years after my death anyway, I may as well have a shot at it. Beats watching Big Brother (being flayed alive and anally fucked by an elephant beats watching Big Brother however). 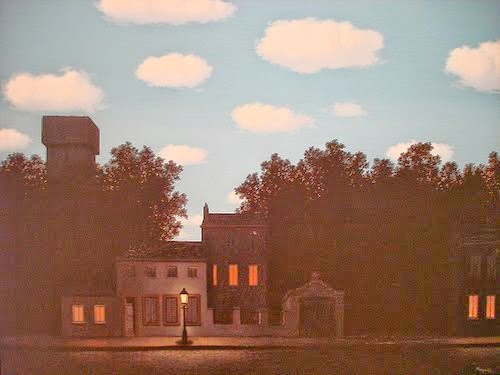