6am. Why is it whenever I arrive in a new European city, it’s always 6am? Amsterdam the first time. Amsterdam the second time (though the second time is a few years ahead of me at this point). Today it’s Madrid, having taken a night bus from Almeria. Nina is low on sleep, low on blood sugar, short on patience. We need to find somewhere to stay and get some sleep, but we don’t have any change for the phone to ring places and ask. I run back down to the Puerta del Sol to buy a copy of the Independent, a day old, overpriced  European edition that has half as much content as the home grown version.

That summer, Tim Roth was the face of H&M. We saw posters plastered with his face everywhere we went, in Manchester, in the papers, on the Paris underground. Nina went into full rant mode every time one materialised in front of her. Travelling on the Madrid underground we were spared the sight of him. “Thank fuck.” she exclaimed as we swiftly approached the city centre. Coming out of the subway at Puerta del Sol, I turned around and collapsed with laughter as Nina’s face fell. There, a hundred foot long by fifty high, Tim Roth’s face looking down on to the plaza from an enormous H&M advertising canvas. Her mood didn’t improve any.

After three or four phones calls in mangled Spanish, we finally find a cheap enough place right on the corner of the Puerta del Sol. Six stories up in a residential block, with no windows to the outside world, just a sash window to the corridor that I guess anyone could be looking in through if they stood on a chair (well we’d have given them a good show at least). The room, the only free room, has twin beds, a common theme ever since we arrived in Spain, having hitchhiked all the way from Lancashire.

We wake late in the afternoon, sallying out into the afternoon to take in the sights, drink tea and coffee in the cafes along the way there and share the first of who knows how many McRib meals. We lived on those things when we were in Madrid, two or three a day. We ate so many that McDonalds retired the combo in our honour.

It was the end of a three week journey from Blackburn to Northampton to London to Folkestone to Dover to Calais to Rotterdam to Paris to Nimes to Barcelona to Almeria to Madrid. Only Liverpool Airport remained on our itinerary. It was the most enjoyable journey I’ve yet taken with anyone. We spent no more than minutes out of each other’s company in all that time and yet failed to get on each other’s nerves, except during early morning arrivals in new cities. Paris we got dropped off in the arrivals lounge of Charles de Gaulle Airport at 4am and had to wait two hours to catch the RER into the centre of town. There we stayed in a Formula1 hotel in a rough part of Paris where the drug dealers tried to sell you shit in the lobby and where someone was stabbed in their room on our floor. We saw him lying face down on the bed inside his room. Nina was convinced he was dead, but I swear I saw his feet moving. The sheets were awash with blood however and we argued the toss about it for the remainder of our journey. The next day we moved out and got into a hostel in a better part of town.

Madrid is a blur, I can’t really remember what we did in what order, but we managed to fit a lot in. We drank in Hemingway’s favourite bar, ate tapas in tapas restaurants, went to Madrid’s premier rock club where no one danced. We went to Reina Sofia gallery, where we saw Guernica and Dali’s Great Masturbator. We got lost trying to find the gallery and ended up walking down a back alley which should have been called Dog Shit Alley, because you couldn’t walk ten yards without having to step over some deposit. It knocked Nina sick.

Our final night in the hotel, Nina got all dolled up to go out to the club, then took a tumble on the stairs down to the elevator in the hotel, collapsing and falling down three or four steps in comic slow motion. She bounded up in high speed and insisted we carry on, even though a lump the size of an egg was forming on the side of her shin. Lots of vodka took the pain away.

That was the zenith of the brief time that we were together. The death throes of our relationship took longer than the relationship itself. We spent our last night in Madrid sleeping rough in the airport, having failed to blag a cheap flight home. We ended up on an Easyjet flight, but it didn’t leave until the following evening. As always, I could sleep anywhere, but Nina spent another disturbed night on the metal airport seats. “I just want someone to put a sign on it that says ‘bed’.” she said. “Then I’d be fine.”

She had a mortal fear of flying and it took half a bottle of vodka just to get her on the plane. Even then she freaked out as we were taxiing to the runway, shouting that she wanted to get off, that it was her ‘human right’ to be let off the plane. I somehow managed to calm her down and once we were in the air she was fine, staring out of the darkened window at all the lights below for much of the three hour return flight.

Many years later I went back to Madrid. I found the door to our hotel and sat writing in the Starbucks at the corner of the Purta del Sol, as it was the only place where I could get a half decent cup of tea. I went back to the Reina Sofia and greeted Guernica like an old friend. This time though, I paid a visit to the Prado to see Hieronymus Bosch’s Garden of Earthly Delights and Goya’s Second of May 1808, Third of May 1808 and his black paintings. Another woman was on my mind, waiting for me back home. Instead of drinking in Hemingway’s favourite bar I would sit in internet café’s talking to her on IM while listening to BBC radio on iPlayer. I took the train to Gibraltar and back, went on a day trip to Morocco, flew out of Madrid Airport and on to Milan, Florence and Rome. You get more done on your own, but it’s much more fun to experience the journey with someone you love, even if that love lasts only a day. It’s quality not quantity that counts. 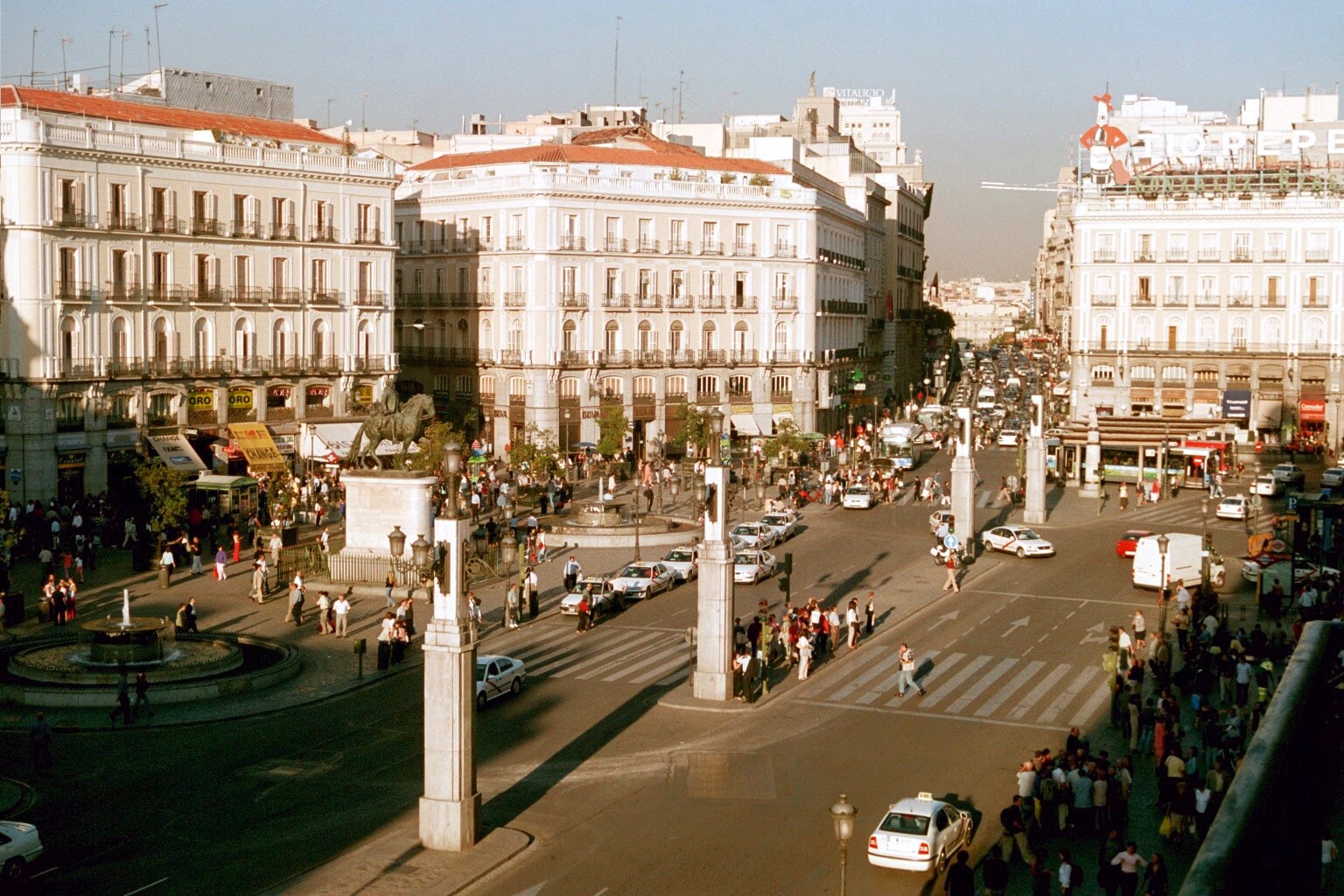