And Another Thing... When in Doubt, Blame it on Anti-Americanism 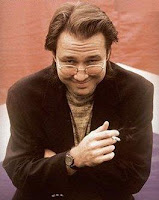 This week saw the welcome return of two totems of left wing politics to the British airwaves. On Monday, John Pilger’s first feature length documentary, ‘The War on Democracy’, was given its network premier on ITV. And on Tuesday, Radio 2 broadcast an hour long special on the life and times of Bill Hicks. This column is named in deference to the Hicksian diatribe and it would appear that, thirteen years since his untimely passing, Bill’s popularity is greater now than ever. In the past, both men have been accused of committing that most heinous of thought crime: Anti-Americanism. But as I will demonstrate, this is a fallacious charge, which grants the accuser immunity from having to defend the indefensible.

Anti-Americanism is a peculiar phenomenon. Noam Chomsky observes that if someone were to criticise the domestic or foreign policies of Denmark, they would not be accused of Anti-Danishism. The term is meaningless. You can locate the terms anti-American or anti-Americanism quite easily on Dictionary.com. Search for similar adjectives relating to any other country on Earth and you will draw a blank.

The reason why this is so is because like Communism or Catholicism, Americanism describes an ideology, a world view quite independent from the nationality of the person who advocates it. Americanism is Capitalism, re-branded. As Pilger’s documentary reminds us, successive US administrations have sought to export their own brand of democracy to Latin America for almost as many years as that country has been in existence. What this has meant in practise is the overthrow of democratically elected, leftist governments, who wish to run their own countries for the benefit of their populations, in favour of dictatorial regimes who arbitrarily arrest, torture and execute thousands. Economies are prised open to free trade, which is only free in one direction, and utilities are privatised and sold off to the highest bidder.

Indeed, Pilger’s one hundred minute long ‘The War on Democracy’ was oddly unencumbered by commercial breaks. One assumes that most companies don’t wish to be associated with someone so critical of US foreign policy, because they may appear to be in agreement with Pilger .

Of course the CIA and government representatives have standard excuses for these ‘interventions’ inside the borders of other nations. America is under attack. We have to invade to protect out interests. We’re doing it to protect your freedoms. These are hollow and, frankly, piss poor, excuses. The US now spend more on weapons and ‘defence’ each year than every other country in the world combined. Even the rise of fundamentalism is no serious threat to US interests. Given the choice between the draconian policies of the like of Taliban led Afghanistan, or the shiny, glitzy world of western capitalism, there is only ever going to be one winner. Mobile phones, MP3 players and internet porn are of greater influence than any of the major religions, because they exist in the here and now. Studies show that as a country industrialises, adherence to religious practises declines. Only one nation bucks this trend. The United States, it would seem, is the only fundamentalist religious country in the developed world.

Looking back on the twentieth century interventions of the US, a common pattern emerges. There is a new government. It wishes to close its borders to trade and use its resources to increase the quality of life of its population. Yet this is anathema to American corporations and so that government must be overthrown and a leader sympathetic to US interests installed. We see this time and time again in Chile, Indonesia, Vietnam and Iran, to name but a view. Naked profiteering is dressed up as protection from pseudo threats to our way of life, as if we all lived the same way anyway.

Now, through sheer coincidence, the two documentaries that were broadcast this week, were aired in the correct order. Having reminded us of the misery and wanton destruction that US foreign policy visits on poor, defenceless nations, it was good to also be reminded that America has produced more than it’s fair share of genius. In comedy, timing is everything and Bill Hicks was a grand master at it. America has given us Bob Dylan, John Steinbeck, Nina Simone and Heather Graham (mmm, Heather), to name just a handful of my favourites.

The fallacy of anti-Americanism is that it attempts to equate disapproval of state sponsored terrorism with hatred of an entire nation, in the same way that opposition to Israel’s occupation of Palestine is equated with anti-Semitism. Undoubtedly there are people who do hate the United States and everything that it stands for. However, more often than not anti-Americanism is invoked as a way of not engaging on the issues. The problem is that that people have been told about the importance of freedom and democracy for so long that they’ve come to believe in these principles. Of course, America is not a democracy, no country is. A democracy is a utopian state where the population has an equal say in its running. The US system is one of elective representation, as are most so called democracies. Having your say and deciding who, from a pre-approved list, makes you decisions for you are not the same thing.

The myth of democracy though is powerful and people are prepared to go to great lengths to defend it. What we are seeing with Dubya’s administration is little different from previous presidents. Even the Clinton administration committed atrocities. It is merely that the people who currently laud it over the planet have gotten away scot free, so often (there were at least two men in Dubya’s first administration who were indicted in the Iran-Contra scandal), that they have become cocky and arrogant. The pretext for war this time was so thin that most well rounded people saw through it in an instant. A million marched on the streets of London, but public opinion matters little in Britain. In the US, where it means everything, public opinion is carefully modulated. The accusation of Anti-Americanism is a potent weapon in a country which places so much importance on the idea of nation. The rest of the world is charged with being jealous of America’s affluence. Anti-Americanism is irrational and it is futile to try and engage with people guilty of it. Moreover, this epidemic is on the rise, as if anyone is surprised by this. And of course anti-American = hatred of the west, so the more people who apparently hate the west (including its own population), the less we are required to engage with them, because they are behaving so unreasonably. Disengagement accelerates the process by which you can take whatever you damm well please.

There is another word, like anti-American, which has no international equivalent. Un-American. It implies that there is a certain mode of behaviour that a US citizen is required to adopt, which should tell you all you need to know about what the people who use that term really think of freedom. But if to be un-American is to practise the eternal vigilance that Jefferson warned us was freedom’s price, then two of the most un-American men who ever drew breath were given airtime this week. Bill Hicks called TV Satan’s glory box, because the role of the US media was to spellbind its audience and coax it into intellectual somnolence. “Go back to bed America,” he mockingly intoned, “you are free to do as we tell you.” What, I wonder, would he have made of Fox News? In Britain, the media is less manipulative, but still heavily weighted towards the establishment. It was good to see this week that two important voices of dissent were allowed to be heard up where they belong. We probably need to hear them now more than ever. 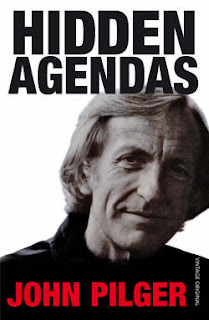