What we need is a Zeroth Law of Consciousness, a baseline against which sentience can be judged. I propose the following:

Zeroth Law of Consciousness: All sentient beings are unique

If we keep this simple premise embedded in our sub-conscious then we’ll go a long way towards identifying with individuals that we have something actual in common with, rather than following strictly arbitrary lines. I call it the Zeroth Law of Consciousness because it is also a statement so blindingly obvious that those existing below its line must be considered as obeying animal instinct rather than exercising reasoned argument or free will. That sounds elitist I know, but like the poverty line or the illiteracy rate it is the responsibility of those of us in privileged social positions to raise the standard across the nation and across the globe. That’s how a functioning democracy is supposed to work.

“Art,” wrote Bertolt Brecht, “is not a mirror to reflect reality, but a hammer with which to shape it.” With Modern Fable, I took the hammer to the mirror. I originally wrote the story to deal with the issues I had with a town I lived and worked in for many years; a town where I considered it a good day if I didn’t hear the word, Paki, at any point. Good days were few and far between and most everything in Modern Fable is a caricature of something I heard or saw. However, following the election of two BNP candidates to the European Parliament we need to recognise that fascism is an issue and take a little time to ensure it crawls no further into the political arena. The naive think the answer is to ban or otherwise ignore them. I wonder if they would say the same were they told they had cancer. “It’s alright doctor, I’ll ignore it and it’ll probably go away.” No, as Nietzsche reminds us, fascism is no way to deal with fascism, and if blanket bans were the limit of our imagination we really would be screwed. Like the so-called ‘War on Terror’, if we are to resort to our enemies methodology, why not just hand power over to them and save ourselves the hassle?

With the possible exception of those residing on Planet Fox News, there is no group as deluded as the far right. They are about as far from reality as it’s possible to be without actually phasing out of existence. The Phased Right we should call them (spelt Fazed Right to annoy them). Don’t turn up at Fazed Right rallies and boo them. That’s what they want, to think that they're feared and reviled. Booing gives them permission to feel powerful. As with all Orwellian language, ‘white supremacy’ conveniently informs the reader of the two things that it proponents definitely are not. Remember this and respond accordingly. I have prepared a list of do’s and don'ts for when dealing with the Fazed Right:
There is a certain nobility one feels in being regarded as a radical. There is no pride in being seen as a national joke. If you are proud of anything in this country, be proud of its collective sense of humour. We have a fine tradition of satire, from Hogarth, Swift and Sir Thomas Moore, to Punch, Private Eye and Spitting Image, to Mark Thomas, Chris Morris and Armando Iannucci. It is our gift for puncturing the egos of the pompous and bloated that will see us through these strange days.

Besides, I could never live in an Aryan world: I'm just not that in to blondes!

But it's no use, says he. Force, hatred, history, all that. That's not a life for men and women, insult and hatred. And everybody knows that it's the very opposite of that that is really life. 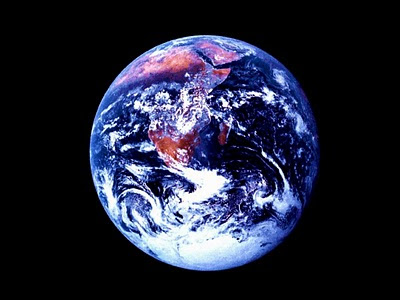