The other day I found a solution to a puzzle that had plagued my subconscious for the best part of four years. Non-aficionados of Shakespeare will want to stop reading about now.

It was 2004. I was in London, at the Globe, and watching an all female production of ‘Much Ado About Nothing’. Being one of the few Shakespeare plays I was unfamiliar with at the time, I assumed that the director had cut the scene where Claudio and Don Pedro overhear Borachio wooing a women they presume to be Hero, causing Claudio to denounce her at the altar. Its omission seemed obvious to me, but I reasoned it had been excised to give the play a more modern feel.

Since then I have seen Kenneth Branagh’s film adaptation and Chris Honer’s 2006 production at the Library Theatre, Manchester, as well as listening countless times to the Radio 3 play starring David Tennant as Benedick. Through these versions I have come to realise that the Globe had not cut this scene, it simply does not exist. Curiouser and curiouser.

Why should the omission of this scene seem so strange? Well, simply because it is such a singular event. Shakespeare’s plays are rooted in the oral tradition, partly due to their source materials. All major events take place on stage and their consequences are played out to a conclusion. Only those events that occur prior to scene one or that are too inconsequential to demand depiction are omitted. Yet the wooing of the faux Hero is central to the plot of ‘Much Ado About Nothing’. It is as if Julius Caesar’s murder were to take place off stage. It didn’t make sense.

Then I did something that I’d not done before; I actually read the play. More precisely, I read the play with one important fact in mind: In Elizabethan times ‘nothing’ was pronounced ‘noting’. Now, the word noting had various definitions in Shakespeare’s day, including being a slang term for the female genitalia (on which there are many puns in ‘Much Ado About Nothing’), but it can also mean to overhear or eavesdrop.

In this sense, ‘notings’ consume the play. Don Pedro and Claudio discuss Beatrice’s love for Benedick, fully aware that Benedick is ‘noting’ them. Conversely, Hero and Ursula are ‘noted’ by a badly concealed Beatrice speaking of Benedick’s love for her. Through these twin deceits, the squabbling couple fall in love and are to be married as the play ends.

A third ‘noting’ occurs when Don Pedro’s brother, Don John, tricks both his sibling and Claudio into believing that Hero has been unfaithful to her fiancé. As the pair look on, Borachio woos Margaret, dressed in Hero’s garments, fooling them both into denouncing Hero the very next day. This is our missing scene.

The solution to this conundrum comes when we appreciate that a fourth incidence of ‘noting’ occurs in ‘Much Ado About Nothing’. Two of Dogberry’s watchmen overhear Borachio narrate to Conrade how he has tricked Claudio and Don Pedro, earning himself a thousand ducats from Don John in the process. The watchmen make themselves known and arrest the pair for ‘the most dangerous piece of lechery that ever was known in the commonwealth’.

Here we see the genius of Shakespeare. In any other play he would allow the scene in question to be played out in the full public glare. Yet this is a play about the dangers of eavesdropping. By disallowing his audience their usual position of omnipotence, Shakespeare creates a fifth and final ‘noting’. We see Don John and Borachio premeditate this deceit and the havoc that ensues, but all that we know of the actual event is gleaned from what we, the audience, overhear. Shakespeare reminds us that we are all, ‘guilty creatures sitting at a play’; all eavesdroppers on events we would not normally bare witness to. And by excluding such a vital scene, Shakespeare draws us in, so that we become, as the Ancient Mariner’s shipmates, complicit in the plot.

The significance of the scene with Borachio and the watchmen can be further emphasised when we consider its position in the play. Of seventeen scenes, it is scene nine, literary at the centre, serving as a bridge for all that has gone before and all that it is to come. Until now, events have had a certain comic charm, the Benedick/Beatrice subplot being dominant. Midway, the audience overhears the watchmen overhearing Borachio retelling how Don Pedro and Claudio have overheard him. There is a ‘noting’ of a ‘noting’ of a ‘noting’. At its core, the play is a cautionary tale on the hazards of eavesdropping, and at its centre these ‘notings’ are piled on threefold. The mood of the play shifts, Hero and Claudio take centre stage, and only Dogberry can provide any comic relief.

So now I know. And yet I feel my original assumption was essentially correct. The omission of the missing scene gives ‘Much Ado About Nothing’ a much more modern feel than its contemporaries. Its composition arguably marks the start of the golden age of Shakespearean theatre. It is a great play. And it is this greatness that will ensure the play’s popularity in perpetuity. 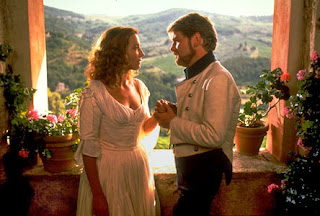