Best Things Ever #9 In Rainbows in Reflection

In 2007 Radiohead created a media storm with the release of their seventh studio album, ‘In Rainbows’. The unique way in which the album was published, available exclusively from the band’s website and for a price determined by the customer, certainly generated plenty of interest. It was arguably the music event of the decade, even friends with a declared dislike of Radiohead admired the band’s success in rejuvenating a dying industry. The actual album seemed to get buried beneath all the hype.

Yet this is Radiohead and Radiohead albums weren’t meant to be absorbed quickly. With ‘In Rainbows’ it was even more so. It became necessary to listen to the album repeatedly, then put it to one side. Only after the dust had settled months later could a second, more informed series of listens take place to try and penetrate the album’s multi layered soundscape.

In reflection, the irony is that while ‘In Rainbows’ represented a quantum leap forward in terms of marketing and self publication for recording artists, the actual album is as traditional as they come. This is the way albums used to be recorded, not just a bunch of singles packaged together with some filler, but a perfectly crafted composition with an internal narrative and a beginning, a middle and an end. It is also lean, running at a little under 43 minutes. While most copies were initially downloaded as mp3s, ‘In Rainbows’ feels very much an album out of the vinyl age, before CDs and the obsessive need to fill every last second of the arbitrary 79 minute running time. From the 5/4 time signature of the opening track, 15 Step, to the final electronic strains of Videotape, not one second of ‘In Rainbows’ is wasted.

Indeed, Radiohead had grown in subtlety from previous releases. A second CD (‘In Rainbows’ Disc 2 as iTunes lists it) was originally available only to fans who dished out £40 for the ‘In Rainbows’ Discbox, although it is now available for download. Included together, both albums still don’t run to the length of a 79 minute CD and yet the band chose to keep them separate. The result is that rather than producing one strained and slightly strung out album (ahem, Hail to the Thief), we are left with not just one, but two superb releases. As good as the main album is, ‘Down is the New Up’, the 21st century's answer to 'Being For the Benefit of Mr Kite', is the best track on either CD. Disc 2 has its own structure, its own pace and mood that compliments the main piece well, while existing in its own right. Like ‘Amnesiac’ as compared to ‘Kid A’.

Comparisons are crass, yet if ‘Hail to the Thief’ compared favourably with The Beatles ‘White Album’ (overlong, with many highs, a few lows, flawed, but ultimately a very cool album), then ‘In Rainbows’ finds its perfect compliment in Pink Floyd’s ‘Dark Side of the Moon’. Like Dark Side, ‘In Rainbows’ will sound as fresh thirty years from now as it did on the day it was released. Both albums exist outside of the time they were recorded in, tapping into a sense of dislocation and angst that is universal to all cultures and ages, a quality which has ensured and will continue to ensure that successive generations embrace them with fresh vigour.

Lead singer, Thom Yorke, has warned fans not to expect a new album from Radiohead any time in the future. ‘In Rainbows’ took four years to release and it is a matter of public record that this process almost tore the band apart. It seems that in future they would prefer to release individual tracks as and when they are recorded, rather than committing to the extended periods of time in recording studio that are required to produce stand alone albums. If that is what it takes for Radiohead to survive as a band, so be it. And if ‘In Rainbows’ is to be the final album released in the traditional manner by a band well versed in creating compositions of episodic and haunting brilliance, well it is a fine tribute to the old ways of doing things, even as have they reinvented them. Few revolutions were ever so pleasing to the senses. 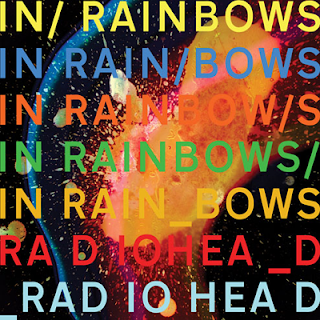