The Internet Void versus The Infinity of Fools

With apologies to passive-aggressive Facebook posters (you know who you are).

The Internet Void versus The Infinity of Fools

“He who fights too long against dragons becomes a dragon himself; and if you gaze too long into the abyss, the abyss will gaze into you.”
Friedrich Nietzsche, Beyond Good and Evil

There was a time when I believed that the internet would set us free as a species. That so much virtual space would open up the borders to infinity and we would never have to deal with anyone we didn’t like ever again. Yet you only have to take a cursory glance at the comments section under any YouTube clip or newspaper article to realise that people seek out conflict on the virtual plain more now than ever before.

I think that ‘internet troll’ is far too polite a term for people who attack others online. Troglodyte is more apt. Trolls merely live under the bridges of the information superhighway, but troglodytes live in darkened caves beneath its surface, blind to all but their own non-thoughts and nonsense, only poking their heads out into the daylight to vomit up some piece of bile onto Twitter or an article on climate change.

Most of the kind of nonsense that happens on the internet these days is borne out of personal cowardice and fear. The internet offers anonymity, as well as an uncensored, unfiltered funnel down which to pour our own self-hatred. Hatred is really just another name for fear, redirected and amplified away from self.

In my experience, people judge others by their own standards and most manifestations and excuses for prejudice can ultimately be traced back to negative self-image. Men who are homophobic are either afraid of confronting doubts about their own sexuality or else they are scared that gay men will treat them in the kind of inappropriate ways in which they act towards women. People who hate a particular religion or race because they think they are sneaky or dishonest are themselves not to be trusted. People who accuse other people of smelling bad are usually the ones with the questionable personal hygiene habits. We each reflect in others what we find lacking in ourselves, in the same way that we seek out friends and partners who have the strengths and skills that we wish that we possessed.

I began this article by quoting my favourite aphorism in the whole of philosophy. The internet has become the void, the abyss. It is so big and so unwieldy, with so much that is horrific and vile just a few short keystrokes away, that it fills us with a kind of primal terror. Like staring into the night sky or snorkelling above the falling away of a continental shelf, the fear of the unknown terrifies us and sends us paddling back to shallower waters. Rather than stretch our horizons, we stick to familiar territory. The internet is an infinite expanse, yet most people obsessively circle around the same dozen websites time and time again.

Most of our fears about content in cyber space are really just reflections of the fears inside our own heads. Yet rather than immerse and marvel in the intensity of our own imaginations, we cower away from them and blame anyone but ourselves for the images, thoughts and ideas that run through our heads. We can, for instance, worry that our children are exposed to pornography online like never before. Yet children, certainly boys, have always been able to get hold of porn. It may be extreme, but by virtue of the fact of it being freely available, it becomes ultimately worthless. It’s very rare that I watch pornography, given how mind numbingly boring it is, mainly designed as far as I can see for men dishonest about their own sexual preferences to watch other men get sucked off while still kidding on that they’re 100% straight (just be honest and free yourself). Yet the most graphic pornography I’ve ever been exposed to was German and seen when I was eleven at scout camp, from the personal collection of the dad of the kid passing it around the tent. His dad was Akela, the head of the Scout Group. It’s easy to fall into the trap that the internet is making the world a worse place for children to grow up in, but the truth of the matter is that things are at worst just as bad as they always were. Yet by blaming new media it becomes so much easier to abnegate ourselves of the responsibility of honestly educating our children. Pornography isn’t the problem. The problem is the attitude of society towards women that makes their mistreatment a viable voyeuristic activity.

What the internet is doing is making us more claustrophobic. In captive chimp colonies when numbers become too high or not enough personal space is allowed, individual members will eventually turn on one other. We are becoming an infinite number of monkeys shoehorned into a finite cage. There was a time when any person could hold a particular view about the origins of the universe, even if that view was enforced by church and state, and they could remain blissfully unaware that anyone could hold a contrary view. These days, you can express an opinion online on anything from evolution to England’s starting eleven and be told you’re not only wrong but also a cunt by ten thousand random idiots in a micro second. Is it any wonder if we become claustrophobic? Is it any wonder if personal responsibility starts to dissolve when an inner monologue and self-checking is lost to the hive mind?

Look at any newspaper website comments section and you can see that the majority of comments are posted by people who don’t even read that paper or subscribe to its values. Guardianistas attack Mailites, Sun ‘readers’ (<even I’m doing it) post on The Daily Mirror. Rather than exploring the untouched plains of the internet, we seek out people we hate, like we’d rather be with someone we hate, just so we don’t have to face life alone. We have to have someone to push against, be in dynamic opposition against. Not much point being a racist if you don’t seek out Muslims to shout ‘Paki’ at. Not much point hating women and blaming them for your own inadequacies if you don’t make cowardly rape threats from behind the safety of a plastic screen. How brave of you. Well done you (sarcasm emoticon).

The internet makes idiots of us all and somehow reduces us to the belief that anything that we have to say is of equal value and deserves to be shared with the whole of humanity. Again, check the comments on YouTube or any article touting the 10 Greatest Albums/Films/Garden Hoes of All Time to witness an abject lesson in banality. “I don’t agree with your choice. I think The Godfather should be no 1 and The Godfather 2 no.” or “Typical left wing, bleeding heart liberal press.” quickly descending into comments about 9/11 being an inside job or Americans ranting at British people about how we’d all be speaking German if not for them, like they were personally at fucking Normandy on D-Day. We need to be saved from ourselves. Who cares what you think? If you’ve got something to say, start a blog to ring fence your opinions and save us from your non-thoughts. Or take a course in journalism so at least you’ll have an editor to reign in your exuberant hatefulness.

Mind you, the internet renders even traditional forms of journalism meaningless. Most newspapers these days are more full of editorials and personal opinion pieces than anything like actual news and much of it is as badly thought out and written as your average Facebook post (‘I am a beautiful flower and if you don’t appreciate that then the problem is with you not me, even though I’m the one posting this passively aggressively, clearly demonstrating in the process that I’m the one that needs to work on my self-image. How many likes for my maudlin post? I’m so alone.’).

Yet here’s the nub of the matter, folks. I still believe that the internet will eventually set us free. Or a version of it. We are only at the beginning of our journey into cyber space and this is a period of adjustment that we need to go through. After all, Dunbar’s Number is the number of relationships that the average person can comfortably maintain at any one time. Dunbar’s number has a value of 150. Just 150 friendships that we can maintain, which shows that despite living in towns and cities and supporting national sports teams, we are still essentially villagers who haven’t yet evolved to live like city dwellers. Like Dunbar’s Number, we haven’t evolved beyond basic expressions of intolerance and hatred. We can talk about national pride, but our brains aren’t sophisticated enough to think like members of multi-racial, multi-opinionated societies, comprising millions of individuals. We want everyone to think in the same way that we do in order to validate our belief systems.

I blame monotheism. The idea of one god was originally imposed upon western society in order to set in the public’s mind the idea of their being one ruling family, chosen by god to rule in perpetuity. Monotheism has infected us with a kind of monomania, where everyone must worship one god and be of one sexuality, one nationality and one personality.

What the internet has done is to confront us with how erroneous this mind-set is. In my personal fantasies, I believe that what we are going through at the moment is the first step towards the annihilation of nation states and the establishment of new countries dedicated to more useful criteria for patriotism, like knitting or Game of Thrones or Star Trek or Justin Bieber or Joyce or Dylan or Nina Simone or Creole cooking or football or golf or cricket or redheads etc. etc. Which must terrify the ruling elite, if they ever envisage such a situation. Western capitalism and hierarchical systems in general have always ruled by the principle of divide and conquer. Get us to hate the least powerful, immigrant workers, the unemployed, the disabled, etc., in order to focus our rage away from the real enemies of society (i.e., them). Yet if we were to once again form mini-societies based upon common ground then capitalism would eventually give way to collectivism. No mega-rich is the wealth is passed around between is us.

Eventually we will probably all retreat into a virtual environment anyway, where everyone’s tastes can be catered for, whether that’s enrolling in your very own version of Hogwarts or abusing virtual children. Unhealthy behaviour on both counts, but it will be our children who will have to discuss what’s acceptable behaviour when they get there. Eventually cyber space will cure even death and then, essentially, we will all remain children forever anyway. As we start to take our first steps into the tide pool, it seems that we are already learning how to remain childish.

(this article is open for comments, but I won't read them. It might be more productive to cut out the middle man and just smear shit on the wall). 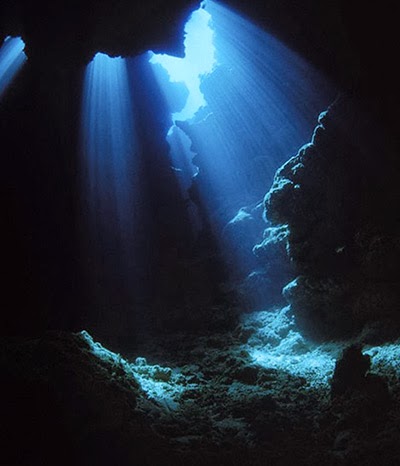