Sorry, but I had nothing else in mind for today. When in doubt, drone on some more about Finnegans Wake.

I have in the past written quite extensively on the subject of Finnegans Wake and my theory that the Wake has been somewhat misinterpreted over the years since its serialisation and publication. I have written on the influence of both Dante’s Divine Comedy and James George Frazer’s The Golden Bough, as well as an entire essay largely dealing with the Wake’s opening word. So I want here to offer some fairly unorganised notes on some of the other observations I have made in trying to decode Finnegans Wake.

The following observations mostly relate to the first half a dozen pages or so of Finnegans Wake. I offer them purely because there are elements here that jump out of me, but are ignored by any and all of the standard texts that deal with the Wake.

For instance, the second paragraph of the Wake replays the whole of human history from the present day back to the time of Noah and the great flood. The third paragraph deals with the fall of man. Into the mix of this world history is thrown in elements from Irish history. To pick out a couple of phrases which seem significant, first consider:

The repetitions of ‘not yet’ throughout the paragraph seems to play with the concept of time, taken at one level to indicate that something has not yet happened, but also saying, not yet, keep going, back even further.

Isaac Butt was a nineteenth century Irish political leader who established a number of organisations in favour of Irish Home Rule. He was later succeed by Charles Stewart Parnell, the Irish politician whose fall from grace due to his affair with a married woman forms one of the many subplots in Ulysses.

However, the influence of Frazer’s Golden Bough is felt keenly throughout the Wake and so Joyce seems also to be drawing attention to Frazer’s theories about the biblical story where Abraham’s takes his son Isaac to the temple mount to sacrifice him, until God sends an angel to stay his hand. Frazer notes that at this time in history it was common place for tribal leaders, chieftains and kings to offer up their own children in sacrifice to the elemental forces that dominated the life of early civilisations. Originally it was the leaders themselves that would be sacrificed, once their powers started to dwindle, but as chieftains and kings became more politically sophisticated, they started to find substitutes to be sacrificed in their place, either from amongst the poor and mentally challenged, or the issue of their own loins.

As with many of the stories that form the book of Genesis, the story of Abraham and Isaac was not meant to be taken literally as an event that actually happened, but rather as an allegory and a covenant and contract with God to eschew the practice of human sacrifice in favour of animal sacrifices, variously interpreted as the sacrifice of a goat or ram.

This is I think is why Isaac (isaac) is described as being old and bland. Old suggests something well established or traditional, whereas bland means common place. The whole phrase therefore translates as, back before animal sacrifice had ended (‘buttended’) the practice of child worship amongst the Israelites.

The other phrase that I find intriguing is at the end of the second paragraph:

Joyce, in his letter to Harriet Weaver Shaw, 15 November 1926, offers several key insights into the language in this passage:

rory = Irish = red
rory = Latin, roridus = dewy
at the end of the rainbow’s end are dew and the colour red
bloody end  to the lie in Anglo-Irish = no lie
regginbrow = Germ regenbogen + rainbow
ringsome = Germ ringsum, around

Now, in playing history backwards, the end of the second paragraph arrives at Noah’s Ark and God’s placement of the rainbow in the sky to signify his covenant with man never to flood the world again (a promise he’s certainly not keeping in the UK or the Republic of Ireland at the moment). Yet, Finnegans Wake for the vast majority of its narrative is telling two tales at once, one global and universal, the other local and domestic. The passage under consideration seems to be both a reference to Noah’s Ark but also to domestic violence. For a start, the Wake takes place at night, so how can there be a rainbow? Also, the meaning of the phrase using Joyce’s own key is that only the red end of the rainbow is to be seen on the face of the water. It is also ‘ringsome’, yet a rainbow is arc shaped.

In the Wake, bodies of water generally refer to women. The word ‘aquaface’ was written as ‘waterface’ in Joyce’s original draft. This therefore seems to mean that a woman, Anna Livia Plurabelle, has been beaten by her husband, HCE, and she has been left with a red ring on her face, most likely around her eye, which will no doubt become black later on. Man in the Wake is represented by the land and in the opening sentence, the river is described as being swerved by the shore and bent by the bay, which could also indicate domestic violence, being grabbed by the husband and having her arm bent into submission, before a punch is delivered. A bloody end and one which leaves both a red ring and dew in the form of tears.

There are also several phrases which jump out in the next two pages as reference to domestic and sexual violence, but which are not even deemed worthy of mention in the standard texts. For instance:

Wither hayre in honds tuck up your part inher.

Which seems to be clear reference to rape. Or:

Hootch is for husbandman handling his hoe.

Which seems to simply note that alcohol leads to domestic violence. The cycles of death and rebirth are riffed upon time and again within the Wake, as seen when we consider that ‘fin’ is French for ‘end’ or ‘finish’ and therefore Finnegan can be translated as end and begin again, as reflected in the last unfinished sentence of the Wake being said to be completed by the unfinished sentence which begins the novel. However, I also think that the cycles of death and rebirth are as much about sex and misogyny, much of the Wake being about erections and ejaculation, which represent male domination of the female. Again, an example is presented in the first few pages:

His howd feeled heavy, his hoddit did shake. (There was a wall of course in erection) Dimb! He stottered from the latter. Damb! he was dud. Dumb! Mastabatoom, mastabadtomm, when a man merries his lute is all long. For whole the world to see.

Walls, as with so much else in the Wake, represent male priapism, as the section in brackets makes clear (wall = erection). The Wake is written in its very own language, but often it says exactly what it means to say. It is tempting to translate, ‘He stottered from the latter’ into ‘He staggered from the ladder’, a reference to Tim Finnegan in the folk song, Finnegan’s Wake. However, I think that here latter means exactly latter. What is the latter? Well in the bracketed phrase, the latter is ‘erection’. It can then be seen to rather refer to ejaculation (i.e. stottered from the latter = he came out of his penis), after which, ‘he was dud’ or spent. The final phrase once again mixes the local with global, for when a man becomes sexually excited, he gains an erection that the whole world can see, given that men run the world.

The Wake, especially in the first chapter, is full of these keys and ciphers to read it. The second paragraph begins:

Which translates into, man, the violator of love, over throws women, who is the short sea. Later in the chapter we are told:

(Stoop) if you are abcedminded, to this claybook, what curios of signs (please stoop), in this allaphbed! Can you rede (since We and Thou had it out already) its world? It is the same told of all. Many.

We must stoop because this is the tale of woman, who is shorter than man, and we must therefore alter our height and perception in order to hear her tale and see the world from her perspective.

Indeed, it is curious that the one section of the Wake that Joyce recorded himself reading from, although the recording was made many years before he had finished writing the Wake, is from the end of chapter eight, commonly known as The Washer Women at the Ford. This chapter puns within itself the names of hundreds upon hundreds of rivers from across the world. Given that rivers refer to women, this entire chapter can essentially be translated as, women, women, women, women, women, women, women, women, etc. Yet still the significance of this is overlooked as Joyce obviously knew it would be from the countless references he makes in the Wake to the reader’s obliviousness (‘Can you rede.. its world?). The section he narrated begins:

Well, you know or don’t you kennet or haven’t I told you every telling has a taling and that’s the he and the she of it.

The truth will out, every story gets told sooner or later and that’s the he and the she of it. Every empire, every dictatorship and totalitarian regime comes crashing down eventually and the victors and new rulers remake history in their own image. It happened when the old pantheistic faiths were usurped by multinational monotheism and it is happening again now as those religions begin to wane in their influence and people rediscover the beliefs and ideas of which they tried so hard to destroy any knowledge.

So there you go, a few further thoughts on Finnegans Wake. It’s a never ending task and one to which I will return time and again in these posts. If nothing else, it’s an education. 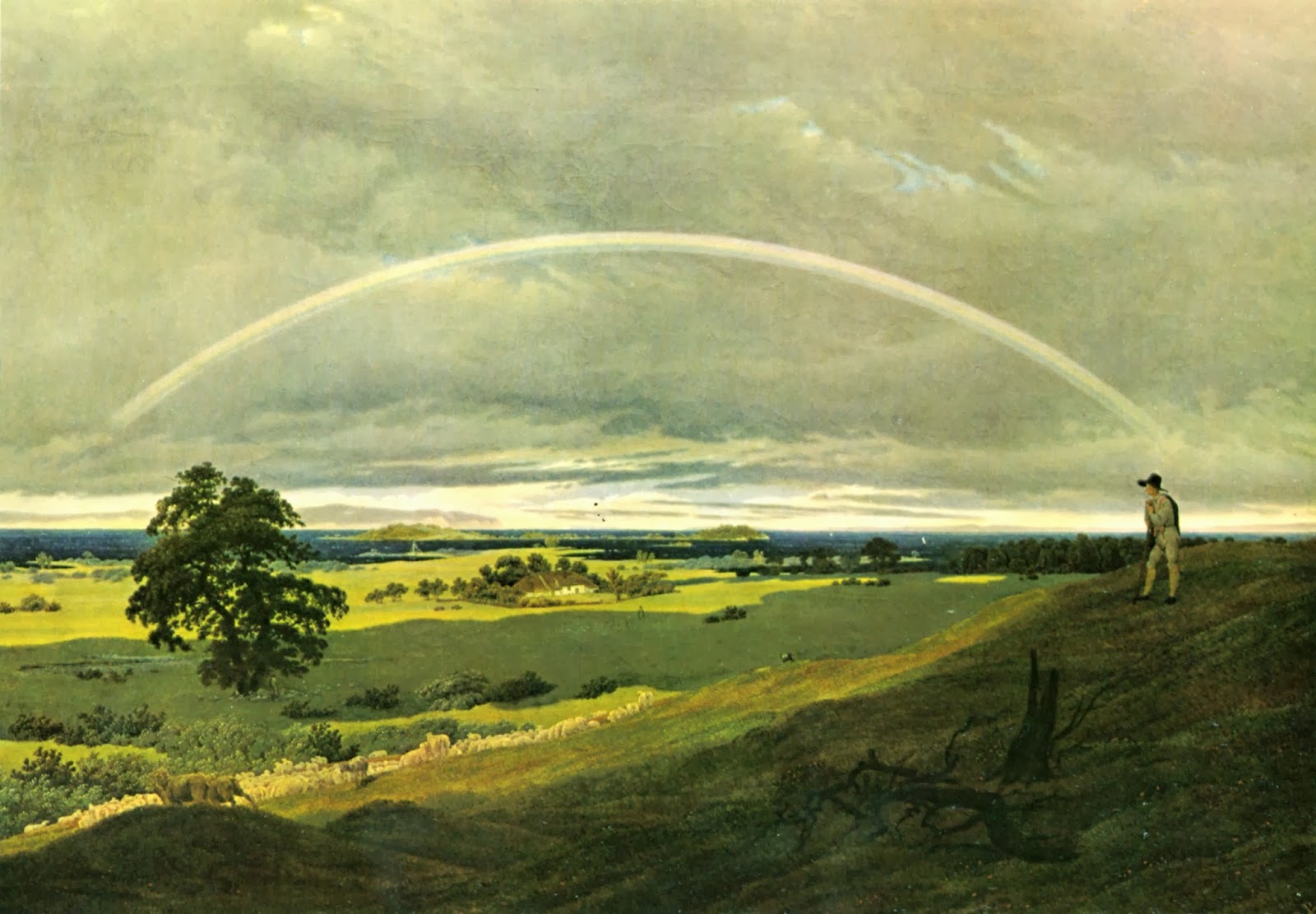