For some reason, this hasn't been published before. Well it has now. Enjoy.

He froze. There was an instant, a fleeting moment of recognition that seemed to unravel; expand across the centuries, as the face slowly turned and two eyes transfixed. Captured in their glaze.

He ran. Bounded across the beach. Tiny eruptions kicking. Sand bombs with each stride he took. Soles stamping. Imprinting. The other was on his heels. After him. Shit!  Fear lent fresh haste. Escape seemed futile. Impossible. Unless!  He wheeled right. Made for the strait.

His pace slowed as one leg sank to the thigh. He struggled to lift his knees, but already was waist deep. Salt water gluing denim to skin. A splash to herald the rival’s entry into the arena. Panic overwhelmed. He could almost feel the others breath at the nape of his neck. He flailed wildly. A wounded animal in its death throes. A single vein thumped at the temple.

Abruptly, the channel shallowed. Yes!  He emerged. One foot hit the bank. Squelched. He could see the horizon. Escape. He’d survived to the other side.

A hand seized his shoulder, unseen. He span and toppled, as the other’s bulk came crashing down. Fell on top of him.

Still, he lay there.

Wheezing from the exertion.

The other raised himself to his knees. Fixed him with a wicked grin. 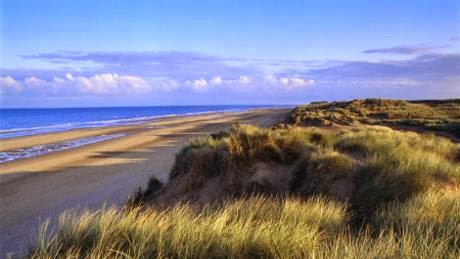