A Woman of Conviction Ch. 6

And that was that. We said our farewells and departed to the quayside. Andy slid down a rope from the poop deck and handed Helen an envelope. Inside was a slightly dog eared Action Comics #1. Helen made to object. “Just be gracious and accept it.” he said. “It won’t go for full value, but you should be able to get something for it.” Helen thanked him. They hugged and he strolled up the gangway.

Mechanics whirled and sails unfurled and the ship took on a whole new level of mystery. Helen saw my confusion. “Oh yes.” she said. “Among other things, Andy is an engineering genius. Three years I was on board and I never figured out how it worked. To be honest, I don’t really know how the Samurai suit works, but it seems to and that’s enough for me.”

Andy appeared at the side and shouted something she didn’t catch at first. He came back with Sarah’s megaphone: “I said, get yourself ready Darling. It’s coming. Soon. Ride the wave Hon.” Helen nodded. I saw she knew what he meant.

An engine started and slowly the ship manoeuvred out into open water, it’s sails filling as the masts turned into the wind. I thought there was a danger of it running aground, but Helen assured me that while the ship looked like something Nelson would have sailed in, it was equipped with state of the art sensors. She sailed off down the estuary and I swear a bank of fog swept in from out of nowhere, enveloping the ship’s form. It lifted just as we were driving off and just as quickly as it had arrived. The ship was long gone.

Case closed and it was still only mid-afternoon. We went back to the boat, finished up some work and a couple of celebration cocktails turned into an impromptu barbeque. It’s the way the best parties always start. Ruth came. Their dad, Ray, came. Antonio came, even Lenny came and laughed it up good and proper about the Nicholsons’ arrest. It had been top of the local news all afternoon. There was a lot of laughter that night. A lot of drinking and some other substances too. And a lot of music. There was always music whenever Helen was around. My strongest abiding memory of that night is her playing the acoustic guitar, singing Nick Drake songs against a blood red sky, everyone so quiet you could hear a can of lager creak.

Helen disappeared. Well most everyone did, didn’t they. Me and Jo arrived at the boat one morning to find no trace that it or she were ever there. Even the allotment she had worked so hard to cultivate had returned to its previous state as a scrapheap.

“Yes.” Jo agreed. “We knew it was coming though. At least we know she’s safe.”

“True. I just wish we knew what caused all this.”

“Do you think this Andy has anything to do with it? Or the girl?”

“Sarah? No, I don’t think so. Andy I’m not so sure about. He seems to have the power to induce amnesia. Amongst other things. I still don’t remember much about him.”

“We go back and tell them what we’ve found out.”

And we did. But that, as they say, is another story.

Helen Marr will return in: 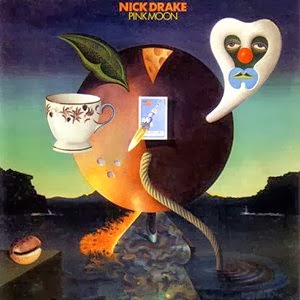