Well I promised to bore you with too much Joyce and I’m as good as my word. In today’s post we re-examine a piece from last year. The original article is available by clicking here.

At the end of last year I wrote a lengthy article on Dante and allusions to his work in Moby Dick and Finnegans Wake. That article discusses the numerology of Dante’s work and why he considered the number nine sacred. The following is meant as an addendum to that piece, outlining some further thoughts regarding the family in Finnegans Wake.

Moreover, not only do all six letters of the parent’s names, HCE & ALP, add up to 45, but their initial letters also add up to nine.

If we adopt the theory that the Wake is a feminine history, the story of Echo rather than Narcissus, we see that HCE is the first three letters of Echo read backwards. The Wake is a circle, signifying the womb, and by reading HCE backwards, the o of Echo is to be found in the fertilised egg of ‘riverrun’, the book’s opening word, ready to divide into sentence, page and novel.

Mathematically then it can be shown that HCE + ALP = Issy, Shem and Shaun, but only with the addition of a nourishing  womb, inside of which life can get started. It’s a mathematical joke, given the impact of the number zero in history of mathematics. The equation only balances, only makes sense, with the addition of nothing, which as a circle is also infinite. Unbreakable. 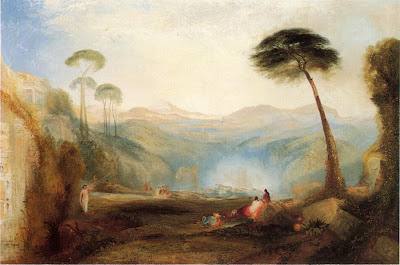