Why Women Can’t Tell Jokes (and other tales of misogyny)


Why Women Can’t Tell Jokes (and other tales of misogyny)

Lee: So his mate says, “Why did you leave her bum sticking out?”

Lee: And he says, “I need somewhere to park my bike?” [laughs]

Sarah: And what happened?

Lee: What? [still laughing] What do you mean what happened? Nothing happened.

Sarah: You mean you don’t know.

Sarah: I don’t know Lee, half a story as usual.

Lee: No, not half a story, it’s a joke. See, this is why women can’t tell jokes.

Sarah: Outrageous. How can you say women aren’t funny?

Sarah: Which is the same as saying they aren’t funny.

Lee: No it isn’t. Clearly women are funny. Janeane Garofalo, Sarah Silverman, Linda Smith. But they can’t tell straight up jokes. Jokes have punchlines, termination points, and women never stop talking long enough to reach anything like a termination. It’s why you all spend so long in the toilets. Too busy gabbing.

Sarah: This is one of those times when I have to wonder what the hell I’m doing with you, Lee. You’re such a sexist pig.

Lee: How is this my fault? How am I a sexist pig when you’ve misunderstood what I said?

Sarah: Because what you said was insensitive and idiotic.

Lee: This is turning into another too-much-perfume argument.

Sarah: I do not wear too much perfume.

Lee: See, I never said you did. I said some women wear too much perfume. It’s like being accosted walking down the street.

Sarah: If you’d ever been accosted walking down the street, you’d know about it Lee. Women get bothered by men all the time. And you wonder why we have no sense of humour.

Lee: I did not say women don’t have a sense of humour. You’re the one saying women aren’t funny not me.

Sarah: It’s such a horrible sweeping gesture Lee. Would you call all men untidy just because you can’t tell one end of the vacuum cleaner from the other?

Lee: Ah, so that’s what this is really all about.

Sarah: What’s that supposed to mean?

Sarah: Not at all.

Lee: It is another perfume argument. I make a general statement and you have to bring everything back to being about you.

Sarah: Well is it any wonder I feel hurt? I don’t laugh at your joke so it must mean the whole of womankind is unfunny.

Lee: That’s not what I said.

Sarah: Have you thought that maybe the joke just wasn’t funny? It isn’t funny. I simply ask for more information and I’m on trial for the whole of my gender.

Lee: That’s not what I said.

Sarah: No, please point out some more of my failings oh arbiter of femininity. Keep digging Lee, you’re almost there.

Sarah: Rock bottom of our relationship, that’s where. Go on. What else ya got?

Lee: This has gotten out of hand.

Sarah: Ah, so what you’re saying is, you’ve done nothing wrong, but you’re sorry that I think you have.

Sarah: The joke you told?

Lee: The one you didn’t laugh at, yes. [Sarah makes a noise of objection] Don’t start. It not my joke, I just repeated it.

Lee: Do I need to draw you a diagram?

Sarah: Is that supposed to be a joke?

Lee: Would you recognise it if it was?

Sarah: Coming from you, probably not.

Sarah: And you say I have no sense of humour.

Sarah: Obviously. Go light some candles, I’ll be in in a minute. No sense of humour my arse. 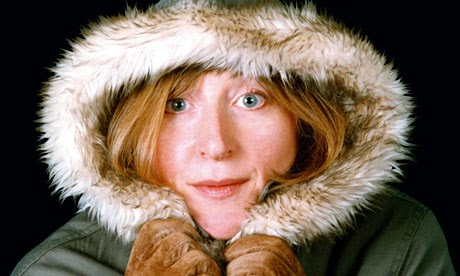