We live in a world of quite staggering diversity. Just to look out of our own front door is to witness a planet resplendent in its range of cultural and ecological heterogeneity. So why is it every time I turn on the TV, there’s some ideological fuckwit trying to impose some form of flawed fundamentalism upon the world entire?  If it isn’t Christian or Islamic fundamentalism, it’s capitalism or American style ‘democracy’ (which roughly equates to oligarchy, if not outright despotism).

Take a look at the universe at large, from the astronomical to the atomic and find me one law, one force or system which can be applied to all. Gravity has little effect at the quantum level, neither does the strong force hold any sway very far from the atomic nucleus. In many ways the world around us is remarkably simple and yet with just a few fundamental forces and laws we have all this.

For a long time I have believed that the purpose of the universe and everything in it is to be as diverse as possible. Even a cursory glance at the natural world seems to bear this out. And so I can hold no truck with religious or political fascists that wish to impose their narrow, blinkered view on us all. The natural order of the universe is like that of the amoeba, the fertilised egg;  to sub-divide time and time again. This force is such that it is only arrested (but not halted) by invasion of our personal space and threatened with death if we dare not believe what we’re told. Our homes are bombarded with ads for Coke and Gap, cause left to our own devices, most of us would chose the commodities which suit our lifestyle, not what is ‘fashionable’. Fashion is the biggest con a charlatan has ever convinced the people of. It is another word for mental slavery.

As Doug Stanhope points out, the only reason anyone follows any form of religion is that it’s shoved into our brains whilst they’re still soft. If we’d never heard of Christianity or Islam or Judaism and found the Bible or Koran in a second hand shop, we wouldn’t believe them for an instant. Diversity is our true nature. The greatest challenge in life is to consider the world at large and stake out of own plot in it. Pre-constructed ideologies are self-defeating and delusional. Remember the golden rule:  if something seems too easy, it usually is. Which is precisely the reason why all religions (as all other forms of ideological fundamentalism) are flawed. They present us with answers for which we have fought no battles. A free lunch, essentially, but as everyone knows, there is no such thing. I’m instantly suspicious of anyone who finds religion late in life. They have recognised that something is lacking in their life, but before setting out on a journey of self discovery, they fall at the first hurdle and embrace the pre-constructed in a soul destroying display of intellectual lethargy. Tell me what to think and then I don’t have to worry about it anymore.

If geneticists are to be believed, race has ceased to be relevant. The human brain is now so sophisticated and evolved, that essentially we are each a unique sub-species. This gives me enormous pleasure to know as it gives credence to the theory of Eponymism. Physically we each have more in common with any other 'race' than we do as individuals. Mentally I am more divergent from my brother than I am physically from a member of a Papuan tribe. Truly we are unique and the sooner we realise this and stop trying to create seven billion clones with the same fears and hypocrisies as ourselves, the happier we will be. And in return, all our ancient superstitions and ideologies will finally be seen for what they are. Distractions.

The hardest three words in the English language, and yet the most rewarding, are I don’t know. 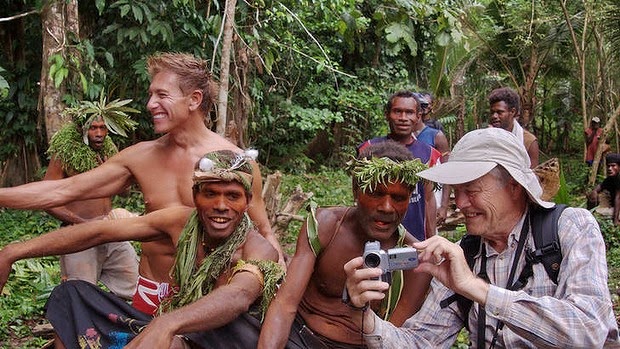