The Concept of Albums


Today we hone in on the concept of a concept album. Now pay attention...

The Concept of Albums

I was listening to Queensryche’s Operation: Mindcrime today, wondering what makes a great concept album.

Apparently many people don’t know what a concept album is, judging from Wikipedia’s list of purported concept albums. I’m unfamiliar with many of the names, but a random sampling include Metallica’s ...And Justice For All and Load (wrong on both counts and if Load, why not Reload?), the first four Blur albums (I mean honestly) and Herbie Hancock’s Maiden Voyage (this one I find the most baffling of all).

What’s just as surprising here is what’s missing, given these albums represent the criteria on which we are supposed to judge what makes a concept album. Metallica but no Megadeth, several of who’s album get nearer to approaching a unifying concept or theme. I’m not sure that a jazz album can be a concept album, but if Maiden Voyage is a concept album then I can think of several that have a better claim, including Hancock’s own 1973 album, Head Hunters and certainly Miles Davis’s Sketches of Spain. As for Blur, well to paraphrase a line from something the source of which escapes me for the moment, stop it, now you’re just naming albums.

Most egregious in the Wikipedia list is the inclusion of The Beatles Sgt. Pepper’s Lonely Hearts Club Band, the most famous concept album that isn’t a concept album, the clue being in the fact that The Beatles themselves said it isn’t a concept album. Abbey Road might have a better claim, or at least the second side of Abbey Road, which is broadly conceptual, like the second half of Queen II, an album which also appears in the Wikipedia list.

For me, an album must have something of the musical about it to be considered conceptual. It must be almost operatic. Which is odd, given that I can’t stand musicals and I can only listen to opera. Watching opera is like having teeth pulled. I do enjoy a good concept album. However, a group or musician attempting a concept album is like a footballer attempting a bicycle kick. Get it right and it’s spectacular. Get it wrong and you look like an absolute dick.

Operation: Mindcrime is a fine example of getting the concept album right. It contains all of the elements for a good concept album. It has the structure of an hour long musical, including talky acting bits in between songs. There are leitmotifs borrowed from Wagnerian opera, which return to haunt the album at various points. It also has a clear plot of revolutionaries, terrorism, murder and corrupt priests, which is quite easy to follow. The narrative is circular, ending at the same point at which it begins. 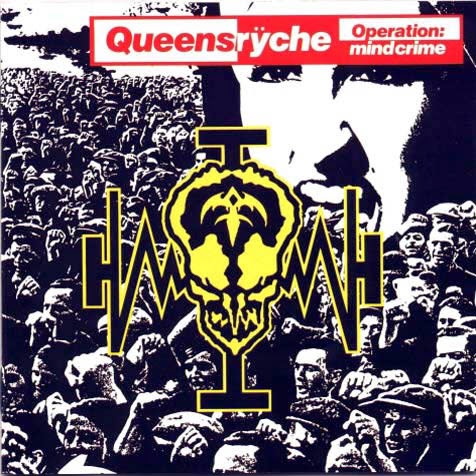 Operation: Mindcrime also contains echoes of maybe the most famous actual concept album yet recorded, Pink Floyd’s The Wall. Especially near the end of Mindcrime will you hear very deliberate musical strains referencing The Wall. It’s a nice touch. You hear the same thing in Mastodon’s Leviathan, a concept album built around Moby Dick, which tips its hat to Iron Maiden’s 1988 concept album, Seventh Son of the Seventh Son, which is about... well, guess.

It’s perhaps a little kitsch to admit this, but I love The Wall. A friend of mine used to say that rather than watching horror films, he preferred sitting down to listen to a Slayer album with the lyrics sheet in front of him. I used to do almost the same with Pink Floyd. I would have a smoke or four, get into bed with all but my face wrapped in sheets and listen to the whole of The Wall in the dark through a pair of headphones. It beats the hell out of a emersion tank. The Wall’s musical narrative tell the story of the rock star, Pink, and his slow decent into madness. I love The Wall because it’s an album of eighty minutes of unrelenting bleakness, punctuated by two minutes of light at the end of the tunnel. I also love it because by accident or by design songs like The Trial contain many of the same tropes as Ulysses and Finnegans Wake.

The Wall and Operation: Mindcrime can perhaps be better described as rock operas than concept albums, the same as The Who’s Tommy or The Kink’s Arthur. Yet this, in one sense, is exactly what makes a concept album. There are many that describe Floyd’s previous three albums, Dark Side of the Moon, Wish You Were Here and Animals as also being conceptual. I would submit only the last album of the three for consideration. A concept album isn’t just one in which similar themes are explored, there has to be an overarching, unifying theme, if not an actual fictional narrative. If Dark Side of the Moon was a concept album, then so would most other albums ever recorded. I’m sure every One Direction and Justin Bieber album could be considered conceptual using this standard. Is that what you want? Is it? 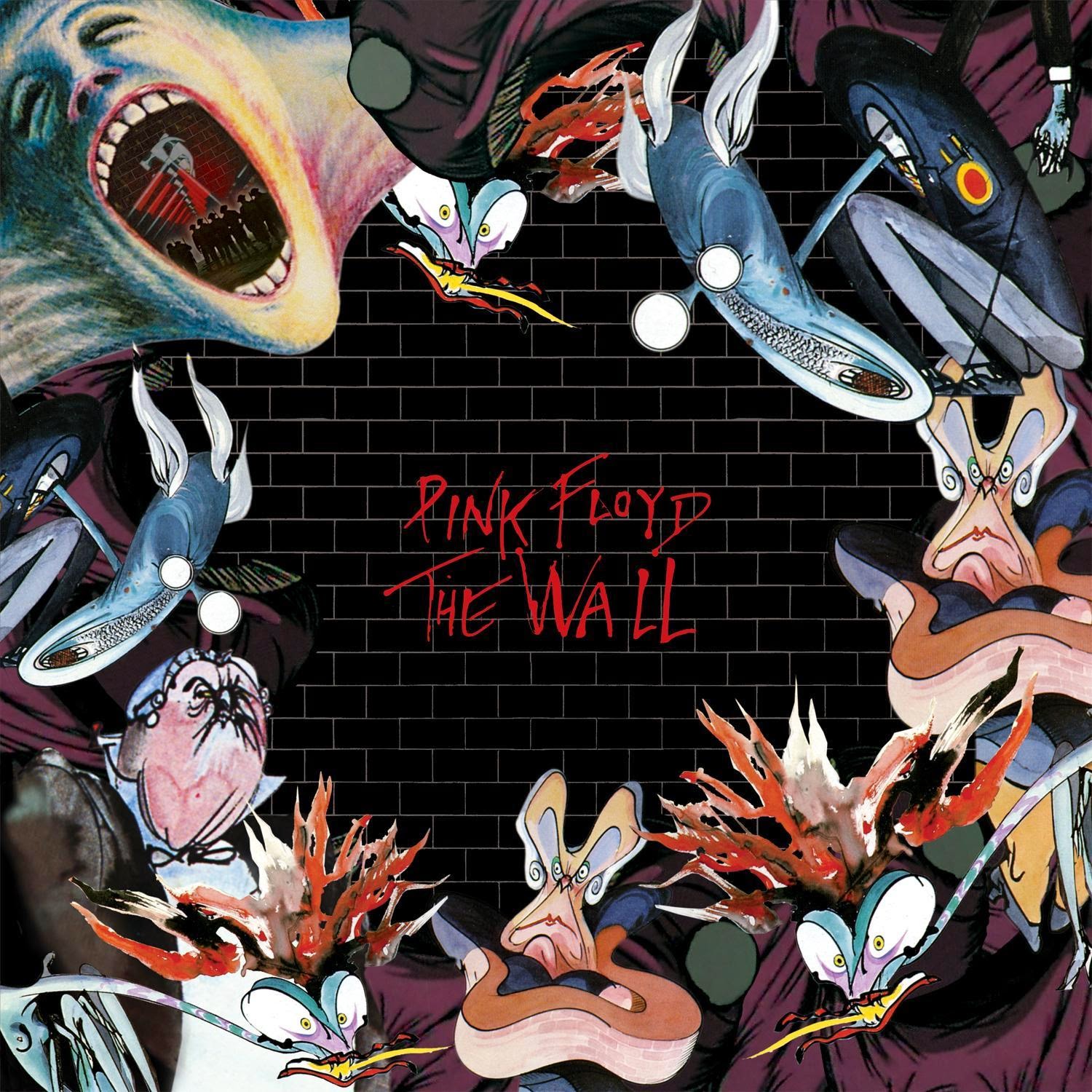 Sloppy categorising is exactly the same thing that allows ...And Justice for All and Maiden Voyage to be accepted into what should be a highly exclusive club. For instance, what about the Alice in Chain album, Dirt? Is this a concept album? All but one of its tracks can be argued to be about heroin addiction. I would say that no, it isn’t, for exactly the reason that one track (Rooster) is about the experiences of guitarist Jerry Cantrell’s father’s experiences in Vietnam. Yet Dirt probably has a better claim than half of the albums in Wikipedia’s list.

As egregious as Sgt. Pepper’s inclusion in this list is the exclusion of PJ Harvey’s Mercury Music Prize winning album, Let England Shake, an album that is as conceptual as you can get without actually crossing over into rock opera. I honestly don’t think that a better album has been produced this side of the millennium, a record all about Britain and its involvement in wars now and centuries past. I have waxed lyrical about Let England Shake at length in my essay, The Sombrer Opacities of the Gloom.

Tom Waits has recorded a handful of concept albums, but many of these were recorded for actual plays (The Black Rider, Alice and Blood Money). Nighthawks at the Diner from 1975 though is that rarest of breeds, a concept album recorded live, in which Wait’s channels the spirit of Jack Kerouac’s beat poet performances. There is also the curious case of the Easy Star All-Stars. The Easy Star All-Stars rerecord classic albums, Dark Side of the Moon, Ok Computer, Sgt. Pepper, Thriller, etc. in reggae and dub styles. That’s conceptual art for you. Meta Conceptual even. Easy Star All-Stars’s version of Pink Floyd’s The Great Gig in the Sky is one of my favourite things ever. 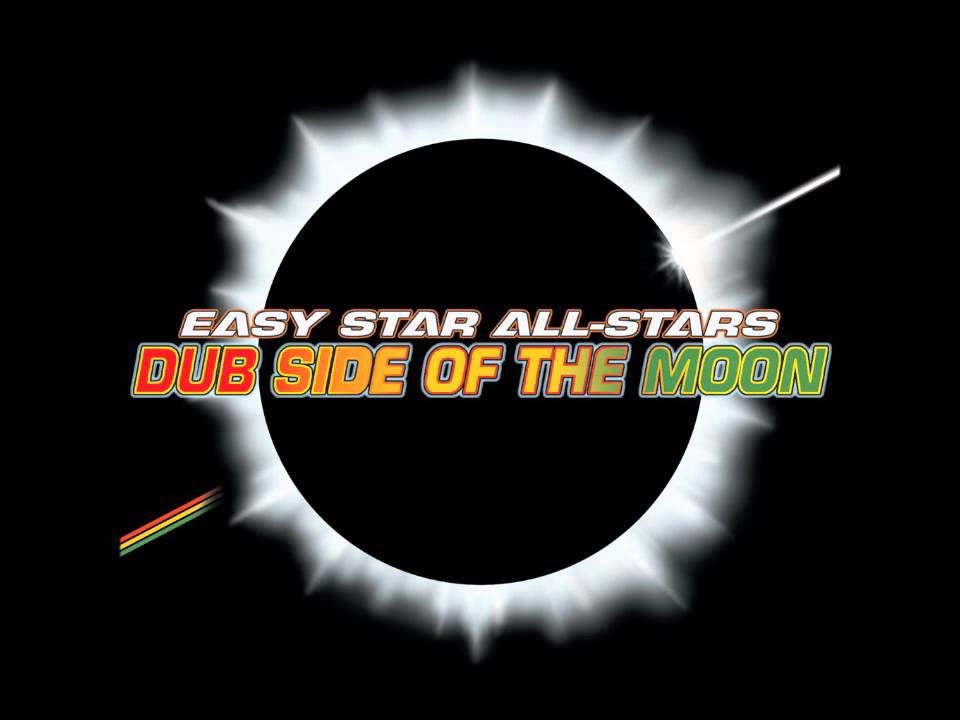 Perhaps the most exciting artist to be producing conceptual albums in recent years is Janelle Monae. Her debut EP, Metropolis, and two albums, The ArchAndroid and The Electric Lady continue the same narrative, where Monae’s alter-ego, the android Cindi Mayweather, falls in love with a human being in the future and travels back in time to the present day to escape arrest. It’s high concept indeed, heavily influenced by Fritz Lang’s science fiction silent film, Metropolis, as well as the robotic stories of Isaac Asimov.

I’m not exactly a fan of modern R&B, but genius comes in many forms and Monae is there or thereabouts, taking her influence from artists as diverse as Michael Jackson and Prince, Outcast, the B52s, David Bowie, Scissor Sisters, Rachmaninoff and George Gershwin. Like Dylan, she had the foresight to write a polemic entitled Mr. President, without mentioning the incumbent at the time (Dubya). My one criticism is that she should spend more time singing the song during Obama’s administration and less time hanging out at the White House. After all, Dylan continues to perform It’s Alright Ma (I’m Only Bleeding) whether the President who ‘must sometime have to stand naked’ be Johnson, Nixon or one either of the Bushes.

So there you go. I hope we have managed to establish the concept of a concept album. Or at least tightened our definition. OK Computer, yes (just), Kid A and Amnesiac, no. The Kinks Are the Village Green Preservation Society, yes, The Kink’s Muswell Hillbillies, no. Any Frank Zappa album, yes, any Captain Beefheart album, no. Got it? Good, ‘cause I don’t want have to run through this shit again (*winks*).