Yesterday’s post was pretty much phoned in. Today, here's why.

At the moment I’m a bit mentally drained. Trying to maintain a blog of proper, actual articles every day, as well as think about the bread and butter work that I should be getting on with was bound to wear me down sooner or later. It only took 75 days.

It also probably doesn’t help that I have essentially not left the village in which I live since I returned here in July last year, except for three or visits to friends and spending Christmas at my brother’s. If it weren’t for shouting “No!” at the cat, I’d probably feel no need to speak at all.

We all get a little drained sometimes. Back in my prime, when I practiced Kung Fu and actually exercised, I used to do a series of breathing and stretching exercises a bit like Yoga. I still do them, when I remember. The six basic exercises came out of a book that had been my friend’s dad’s. The book noted that you will know if you are doing the exercises properly, because after six weeks or so of repeating them every day, you should go through a period of feeling extremely drained and tired. The book stressed that it was important to push through this and, after a week or so, the tiredness would dissipate to be replaced with a fresh new vigour.

Perhaps a certain lethargy is accompanied when any routine is established. I wouldn’t know, I’ve never been one for routines, although I appreciate that I probably need a routine to progress. I’m not the kind of person that can dip into things now and then or a few times a week. If I want to do something well, I have to do it every day. The upshot of having moved so many times during my childhood is that I take to new routines quickly. You have to when you’re integrating into yet another new school, navigating between the latest set of playground cliques. The disadvantage is that I can break out of routine just as quickly. When I’m working, I can get up on time and usually get to bed at a reasonable hour. When I don’t work, I can be going to bed at anything between midday and midnight.

It’s like a feedback loop. I have kept up the daily posts now for nearly three months and at this point it has become an obligation. I hate obligations. My mind doesn’t like anything to be expected of it, it rebels against expectations (ask any ex-girlfriend). So the feedback of white noise can only get louder in my head as the year progresses.

That said, getting down to actually writing something, even something as meta as this article (an article about writing articles), helps to relieve the pressure on the inside of my skull for another day. The other cause of the feedback loop is when I start to overthink things. As soon as I start over analysing, the brain goes into overdrive, I should be writing, I should be writing, why aren’t I writing? The longer this goes on, the more the white noise screams and the mental tiredness and internal panic start to take over and the less capable I feel of writing.

The antidote to this inner maelstrom, I think, is to establish a routine of knowing before I go to bed what I am going to write the following day and get on with it as soon as I wake up, whatever time that might be: Not allow the feedback to take hold. I do have plenty of ideas sketched out for articles and short stories, but there’s something self destructive and rebellious that doesn’t want to get to work on these and instead leaves them lying around my subconscious, contributing to the anxiety, the writer’s block, or whatever you call it. Time to grasp the nettle.

It’ll be fine. Like the tiredness that comes from performing breathing exercises every day, this lethargy will pass. This is why most writers become alcoholics or addicted to speed. I’ve never taken the latter and I don’t much care for the former. I’ll stick to the breathing exercises and long walks in the woods if you don’t mind.

Please do not adjust your set. Normal service will resume shortly. 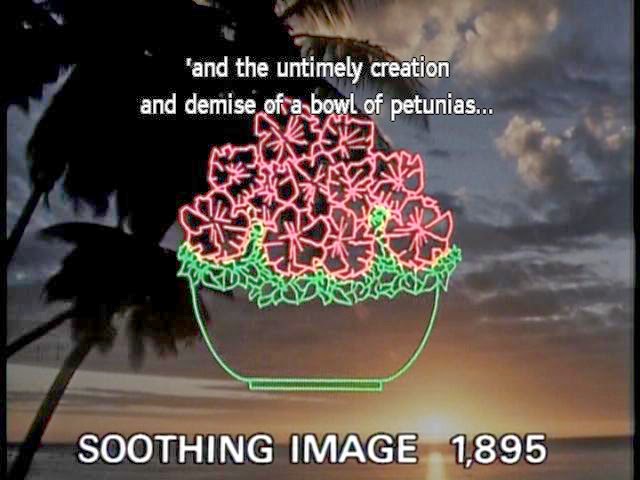 Email ThisBlogThis!Share to TwitterShare to FacebookShare to Pinterest
Labels: 2014, Writing