As explored in a previous article (see Obsessions), I can get quite obsessed by certain things. As we saw, I love books, both collecting and reading them. As is expected of the obsessive reader, there are certain authors that I read time and again and others that published in such prolific profundity that the challenge is to hunt down and read their every last publication.

Isaac Asimov, for instance, published over four hundred books in his lifetime, fiction and non-fiction, covering everything from science and science fiction to commentaries on the Bible and the Complete Works of Shakespeare. I don’t quite have the time or the money to hunt down that many works from one author, but I do have a dozen or so Asimov books so who knows what may happen in the future. The Foundation Series and his short stories though are done. You’ll learn more about science reading his book, The Left Hand of the Electron, than from a dozen Horizon documentaries. 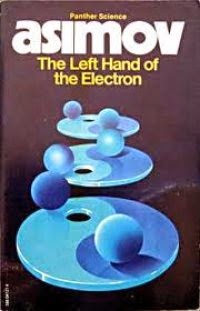 Back down the echelons of the more manageable, I’ve been obsessed with Emile Zola ever since I read Germinal fifteen years ago. Germinal is just one novel in Zola’s Rouqon-Macquart series, which runs to twenty books and one short story. The rule here is that they have to be found in second hand bookshops. So far I have found only half (less one short story), although two of those found are in the original French, waiting for when my French gets a little stronger (it’s getting there, though Zola apparently uses a style strange even to native speakers).

Even in English though, the Rouqon-Macquart series is an amazing group of novels, grander in scope even than Marcel Proust’s Remembrance of Things Past, featuring over  three hundred main characters from the same family. Germinal alone is in my opinion amongst the greatest novels ever written, certainly in my top ten, even up against some pretty stiff competition. 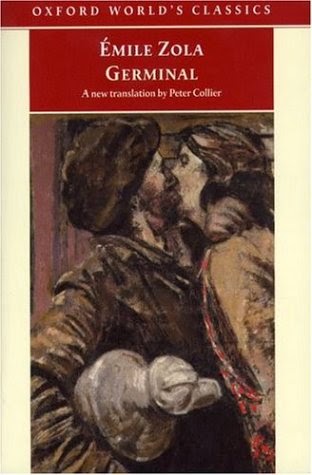 To the best of my knowledge I have read and own mostly everything by Ernest Hemingway except for a handful of his later short stories and his first book on bullfighting, Death in the Afternoon. Actually, I also own, The Dangerous Summer, his second book on bullfighting, which I still haven’t got around to reading, given that I don’t exactly approve of the sport. Then I’ve read plenty of his stories and articles on hunting despite not approving of that either. I’ll eventually read both of them. It’s the completist in me.

I agree with Michael Palin’s assessment of Hemingway: we wouldn’t have got along, but he always wrote passionately. His fiction is as much a travelogue, from Kilimanjaro to Cuba, Venice to Key West, and his journalism gives one as much a sense of the First World War as his novel, A Farwell to Arms. As with Zola though, I think I read his best book first. For Whom the Bell Tolls is a brilliant novel, although long, capturing much of the confusion of the Spanish Civil War. If you want to start with something lighter, there is always the much shorter The Old Man and the Sea, which only takes an hour or two.

My favourite American writer though is and probably always will be John Steinbeck. In the Maher Hierarchy of Great Writers, Steinbeck sits second only to James Joyce. Like Hemingway, I think I’ve read pretty much everything of Steinbeck’s, from the well-known masterpieces, Of Mice and Men, The Grapes of Wrath and East of Eden (my personal favourite), to the lesses known greats like The Winter of Our Discontent and In Dubious Battle, to his non-fiction gems, Once There Was a War, Travels With Charlie and Journal of a Novel. There a couple of earlier novels that I’ve not found yet and I got a bit bored with The Log of The Sea of Cortez, written when sailing the Sea of Cortez with his scientist friend, Ed Ricketts (the model for Doc in the novels, Cannery Row and Sweet Thursday). As with Hemingway’s bullfighting books, I circle back around to it eventually.

I can’t say enough in praise of John Steinbeck. He never wrote a bad novel (ok, The Wayward Bus wasn’t great), but he did write several masterpieces that no one can claim to be well-read without having read. Any writer who wants to know about narrative structure should study Steinbeck in detail. There isn’t a writer living or dead that tells a better story than John Steinbeck. Neither is there a writer who knows better how to end a novel. Steinbeck novels always end with a bang.

Then there’s Graham Greene. There’s two early Greene novels that have never been republished, at the author’s own request, which I will track down someday, but otherwise I’ve read pretty much everything. Greene was certainly more of a mainstream writer than Steinbeck, perhaps even Hemingway, but there are still perhaps half a dozen of his novels that remain master pieces. Certainly, The Quiet American, Our Man in Havana, Brighton Rock and Travels With My Aunt are some of the greatest novels of the twentieth century.

As with Hemingway and Steinbeck, Green wrote a number of non-fiction works that are just as entertaining and enlightening as his fiction. His volumes of autobiography, Ways of Escape and A Sort of Life are revelatory on his highly complex character. He converted to Roman Catholicism, but led anything but a virtuous life, having an affair with a married actress, as fictionalised in The End of the Affair. He was a former MI6 operative, but also a habitual drug user, including cannabis and opium, the latter of which he smoked during his time as journalist in Vietnam, where his experiences led him to write The Quiet American, concerning the CIA’s terrorist activities in the country during the 1950s. The main character of the British journalist, Thomas Fowler, is as autobiographical a character as Greene ever created.

In reading Greene’s non-fiction work, Getting to Know the General, I first heard of how the country of Panama came to be and it’s worth repeating. Panama was for a time part of Columbia. Then the Panama Canal started to be built, but when the private American companies in charge of the project ran into financial difficulty, the American government took over the project, unilaterally decided that Panama wanted to be its own country and declared Panamanian independence. The country was then further split into the Panama Canal zone, run by the Americans, and the non-Canal zone run by the Panamanian government. Greene became good friends with General Omar Torrijos, leader of Panama until Torrijos was killed in a car crash in 1981, even accompanying him at one point to speak at the UN in New York. Getting to Know the General is another hidden gem that most people know nothing about. See also, Journey Without Maps, Greene’s account of exploring the country of Liberia.

There are many other authors that I hope to one day complete reading. One Kurt Vonnegut novel, Player Piano, remains on my list, plus a number of his short story and non-fiction collections. I also have a great love for Alice Walker. I’ve read all of Walker’s major novels and some lesser known fiction and non-fiction. Like Zola, everything I have read by Alice Walker I have so far found in second hand bookshops, but there is enough left from her bibliography that I think I will have to hunt down through Abe Books and the like. Her most famous novel is The Colour Purple, for obvious reasons, but The Temple of My Familiar is even better, the narrative switching between a number of different characters, including Celie and Shug Avery from The Colour Purple.

I guess the common theme to emerge from this article is that I love reading writers who are also fascinating characters in their own right and Alice Walker has always fascinated me. She was taught at Spellman College in Atlanta by the heroic historian, Howard Zinn, married a Jewish man and moved to Mississippi, where it is said they were the first ‘interracial couple’ (I’ve never really understood that term, as simplistic and idiotic as all ‘racial’ language) in Mississippi and had a relationship with the singer, Tracey Chapman. Aside from one small collection essays, I read nothing of Walker’s non-fiction. The joy of reading is in the anticipation of books yet unread.

On a final note, I’m currently halfway through The Basic Writings of Bertrand Russell. A more inaccurate title for a book can rarely have been conceived, with section titles including The Epistemologist, The Metaphysician and The Philosopher and Expositor of Science. Russell was also a prolific writer of books, mostly non-fiction, and I have for years hunted down titles such as Political Ideals, Sceptical Ideals, On Praise of Idleness and The ABC of Relativity in second hand bookshops, although it’s been a while since I found new one.

Russell’s History of Western Philosophy is a masterpiece and an excellent introduction to the subject. Philosophy and physics have been at odds for years with each rarely even pretending to understand the other, despite both disciplines being subordinate to mathematics. Bertrand Russell was that rarest of breeds, a man who bridged the gap between mathematics, physics, philosophy, logic and linguistics and time spent in Russell’s company is time never wasted. A proper, full review of The Basic Writings will follow in a week or so.

In the interests of full disclosure, I should also say that there are still a few minor Shakespeare plays I’ve not yet read. I’m savouring them.