Celebrating a new month and the near end of winter.

Ah, March. The long winter nights are all but over, the Vernal Equinox is nearly upon us, spring hones into view on the horizon and the clocks go back in just three short week’s time. I’ve got a lot of time for February, February is when I was born, but February’s best feature, other than it being short like me, is that it comes before March. And March is where it’s at.

Of all the seasons (there are four seasons, in case you didn’t know), I like spring and autumn the best. Summer and winter are fine, but they are so final, so definite. I prefer the transitional seasons, the bringers of change, the ones that alter the face of the landscape at a stroke. By the time winter and summer arrive everything is done and all winter and summer have to do is sit back and bask in the miracles wrought by spring and autumn. Like politicians, the summer/winter coalition take all the credit for the work of others. Lazy, feckless seasons (fiddling their expenses, I shouldn’t wonder). Summer and winter are totalitarian entities. Spring and autumn though, now there’s democracy in action.

Our reliance on calendars and arbitrary times to mark one year’s end and another’s beginning make December the when we traditionally vow to do better in the coming months in New Year’s Resolutions that are rarely kept. They fail because the new year falls, at least in the northern hemisphere, just as the winter is really setting in. To succeed at something takes optimism and confidence and it’s hard to find either of these when it’s dark all the time, cold, and, in Britain this winter, pissing down with rain all the time. 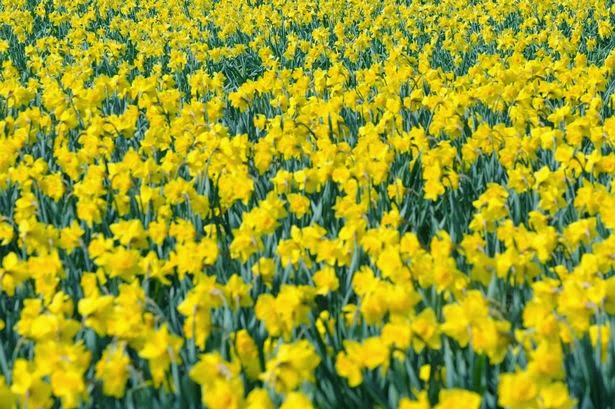 Spring, that’s the time to start new projects, cutting down on the drinking, eat healthier, start running, or whatever else it is you plan to do. Screw winter, winter sucks balls. Now, as the light of the sun stays above the horizon for three extra minutes a day, now is the time to start something new, dig out the jogging pants, eat less junk, learn a second language, start War and Peace. Now will the increasing length of day mark your progress. Now will the increasing warmth lift flagging spirits. Now will you have the confidence and the optimism to succeed. And, if you are proactive, then by the time the pendulum turns and swings back past the Autumnal Equinox, you will be well enough on your way for winter to present no significant opposition.

I like autumn. Autumn always feels to me like the true end to the year. It’s probably all those years spent in school, college and university, where the death of summer would mark the death of freedom and back to the books. Yet the transition of autumn is the transition from green to brown to bare black branches and overcast skies. To days that are over even before they got started.

Spring though. Spring brings rebirth. Orion hangs above the horizon of evening like an old friend and one starts to feel like this might be the year that that spark of life will finally catch and bursts into flames. Spring whispers sweet nothings in one’s ear. Spring, more than any other season, coos, “Get it done. Get it done.”

So Welcome Mad March. Welcome and the very best to you. And the best of luck to one and all.

Email ThisBlogThis!Share to TwitterShare to FacebookShare to Pinterest
Labels: 2014, Spring